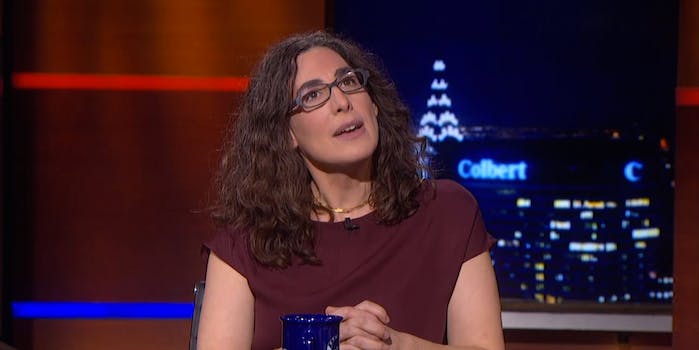 Sarah Koenig of ‘Serial’ is Stephen Colbert’s favorite guest ever

"Can you just tell me if, by the end of the series, that girl ever learns to pronounce MailChimp?”

You wouldn’t think that a popular podcast and a satirical news show would compete with each other, but then you might be underestimating the competitiveness of Stephen Colbert.

He had Serial host Sarah Koenig on his show Wednesday night to talk about the podcast and the case surrounding Adnan Syed, which has millions of fans listening and has given way to a wealth of conspiracy theories; recently, the Best Buy store mentioned multiple times in the podcast become a tourist attraction. As Colbert pointed out, the first season of Serial is ending on Dec. 18, the same day that Colbert’s final show airs. To which we say:

Even if Koenig is competition, she easily managed to become Colbert’s “favorite guest of all time” by the simple act of sucking up to him. She may not get paid in iTunes gift cards, but she was on the show.

Colbert revealed himself to be fan of the podcast as well, but he’s more interested in finding out the answer to a pressing question regarding a well-known advertisement.