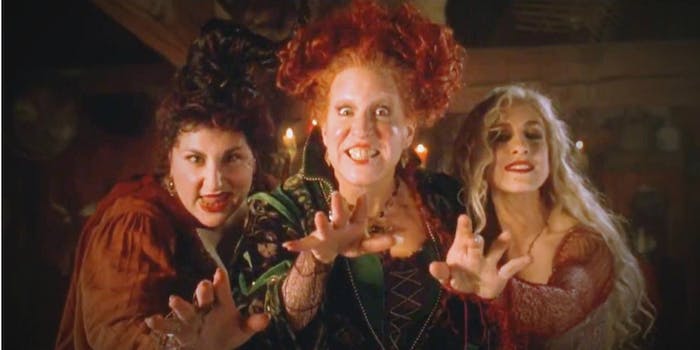 October may be over, but the frenzy around Disney‘s Hocus Pocus sequel continues. And Sarah Jessica Parker has confirmed that she, Bette Midler, and Kathy Najimy are on board.

Parker posted an image of the Sanderson sisters to Instagram on Halloween, and buried in the comments is her response to the question of a sequel: “we have all said yes. Now we wait.”

A sequel to the 1993 film was announced in late October, with Workaholics writer Jen D’Angelo attached to write the script, according to Collider. There has been no official confirmation on casting from Disney+ (we’ve reached out for comment) and it’s not clear if they’ll reprise their original roles. The original film will be part of the company’s new streaming platform, launching Nov. 12.