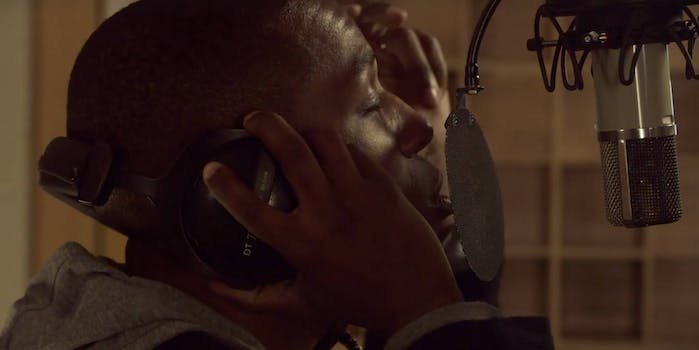 Screengrab via This American Life/Facebook

Sara Bareilles made the election anthem of your dreams

The multi-talented Sara Bareilles has come up with an election anthem that captures the political climate perfectly. Written and scored by Bareilles and sung by Hamilton‘s Leslie Odom Jr., the track follows President Obama’s inner monolog as he continually bites his tongue throughout the course of the primaries, conventions, and presidential debates.

Bareilles was tapped by This American Life to create the tune. It was included in this week’s radio show which similarly captures the bewilderment and spirit of the election, fittingly titled “Seriously?”

We can’t believe it either. And we certainly can’t believe why Bareilles and Odom Jr. haven’t considered a 2020 election bid. Watch out, Kanye.