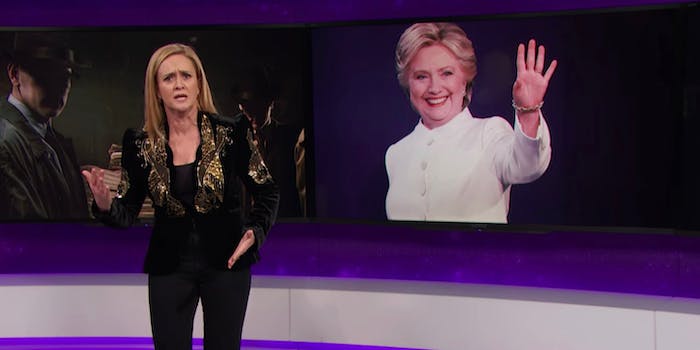 In the days and weeks following revelations that several prominent journalists allegedly sexually harassed or sexually assaulted female colleagues, many are retroactively looking back on how they covered the first female presidential candidate from a major political party. And as Samantha Bee demonstrated, there’s a lot of potential bias contained within the archives.

Although not the only examples of this, Bee looked at how Charlie Rose, Matt Lauer, and Mark Halperin all discussed and interacted with Hillary Clinton over the campaign compared to what we now know about them. They overtly focused on Clinton’s email scandal, they had strong ideas coded in sexist language about how a female candidate should act (and how Clinton was failing to meet their impossible expectations), and in the case of Lauer, appeared to let Donald Trump off easy during a televised forum.

But some are still willing to defend them, such as Fox News’ Geraldo Rivera, whose defense of Lauer resurfaced a clip of Bette Midler saying that Rivera groped her in an interview.

“We’ll never know how much these pubes affected the election, but what we do know is that their industry gave us four times more coverage of Hillary’s email scandal than they did of Trump’s gross behavior to women,” Bee said. “But to be fair, they were probably typing it with one hand.”