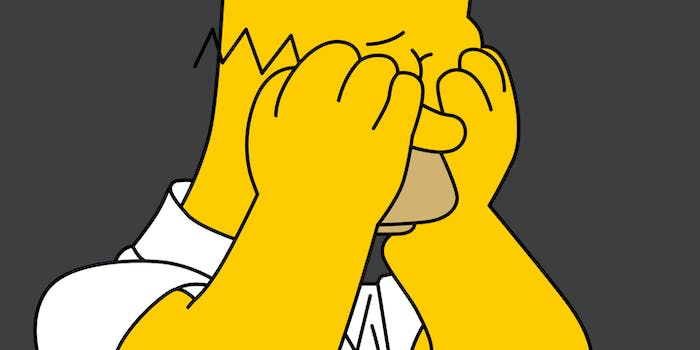 It was announced today that Simpsons co-creator Sam Simon passed away after a long battle with cancer. He was 59.

His passing was announced on Facebook this morning via the Sam Simon Foundation, which pairs veterans and people with hearing impairments with service dogs. Simon was a vocal animal rights activist and philanthropist, and that passion, as well as his battle with cancer, is the subject of a yet-to-be-released documentary.

Simon created The Simpsons in 1989 with Matt Groening and James L. Brooks, and helped it shape the show’s characters and look. He exited the show in 1993, but his influence on comedy and TV in the last decade-plus is undeniable. Merrill Markoe’s fantastic 2014 Vanity Fair piece on Simon is required reading: He describes coming up with the look of iconic characters like Mr. Burns and Chief Wiggum. He also spoke about his cancer battle on Marc Maron’s WTF podcast in 2013.

Groening and Brooks both offered statements; Groening remarked Simon is “gone from our industry too soon.”

On Twitter, friends and colleagues expressed their grief and cataloged their remembrances.

.@thesimpsons #everysimpsonsever If you would like to honor Sam's memory, do something nice for the next animal you meet. An enormous loss.

Heartbreaking news. Sam Simon,co creator of the Simpsons has died. a comedy genius & a friend to all and all animals. condolences to family

Drew Carey calls Sam Simon on Who Wants to be a Millionaire… http://t.co/p2403sjlwl

RIP @simonsam – a great man. Thanks for believing in me & all the encouragement, thanks for everything. @thesimpsons #everysimpsonsever

RIP Sam Simon. Your humor defined my childhood, and this image will forever matter in the depths of pop culture. pic.twitter.com/jPMuQq0j38

Sam Simon's contribution to the spirit of sharp, well-observed comedy is incalculable. Awful to lose such a gifted & genuinely good guy.