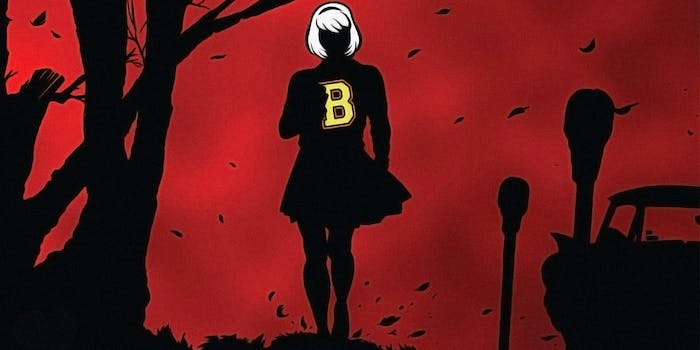 Sabrina the Teenage Witch is getting a ‘Riverdale’ spinoff

The Archie universe is about to get supernatural.

Riverdale is so popular it’s already spawned its own spinoff: The Chilling Adventures of Sabrina.

TVLine reports that the CW is developing a Sabrina the Teenage Witch spinoff that will explore half-witch Sabrina Spellman’s “origin” and serve “as a dark coming-of-age story that traffics in horror, the occult and, of course, witchcraft.”

In an interview in March, Riverdale showrunner Roberto Aguirre-Sacasa hinted that season 2 of the series would feature Sabrina as a new Riverdale character who would bring “Lovecraftian horrors” to the series. But it looks like the idea of a fully formed series had enough momentum. This opens up the Archie Comics universe to supernatural elements, and we’re guessing it’s going to be way darker than the Melissa Joan Hart-led version that debuted in 1996.

Aguirre-Sacasa, who is already pretty familiar with the source material, will write the script. The Chilling Adventures of Sabrina is set to debut in the 2018-2019 season.