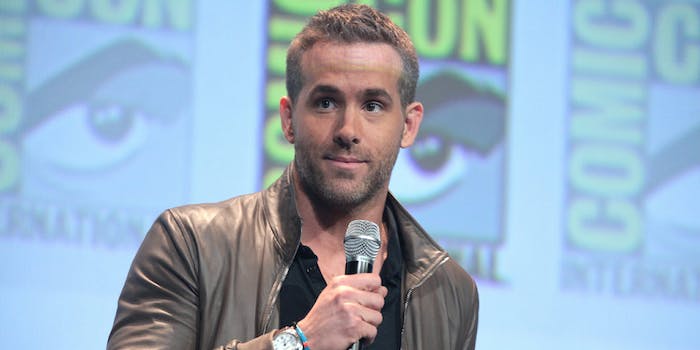 Ryan Reynolds opens up about his lifelong battle with anxiety

It still affects him quite a bit.

Actor Ryan Reynolds opened up about his lifelong battle with anxiety in a profile published in the New York Times.

“I have anxiety, I’ve always had anxiety,” the 41-year-old actor said on Thursday. “Both in the lighthearted ‘I’m anxious about this’ kind of thing, and I’ve been to the depths of the darker end of the spectrum, which is not fun.”

The 41-year-old actor best known for his role in Deadpool, his relationship with actress Blake Lively, and his wicked sense of humor online described how he’s battled the disorder since he was a kid when he would avoid agitating his father by keeping their home “exceedingly clean.”

“I became this young skin-covered micromanager,” he said. “When you stress out kids, there’s a weird paradox that happens because they’re suddenly taking on things that aren’t theirs to take on.”

Fans reached out to Reynolds on Twitter and thanked him for sharing his story.

Just told my 13yr-old daughter Ryan Reynolds also suffers anxiety. “Huh,” she said. “So I’m going to be okay then.” Thanks @VancityReynolds for helping her, even if you didn’t know you had. xo

Cool to see Ryan Reynolds talking about his struggles with anxiety, the more men opening up about their mental health issues the better #MentalHealthAwarenessMonth

Reynolds’ anxiety affects his professional life, too. He laid out how he gets wracked by dread and nausea before every talk-show appearance and becomes “quite convinced he might die.” During his ABC sitcom days, he warmed up the audience to redirect “the energy of just wanting to throw up.” The Times said Reynolds even admitted that he hadn’t eaten all day prior to his interview with the publication, because interviews make him jittery, as well.

His father also introduced him to comedians Buster Keaton and Jack Benny, who taught Reynolds the sense of humor he now uses as a defense mechanism when he becomes anxious. Reynolds says he uses that mechanism while promoting Deadpool 2, by doing interviews in character.

“When the curtain opens, I turn on this knucklehead, and he kind of takes over and goes away again once I walk off set,” he said. “That’s that great self-defense mechanism. I figure if you’re going to jump off a cliff, you might as well fly.”

Anxiety disorders—which are the most common mental illness in the U.S. that affects 40 million adults—develop from a complex set of risk factors, including genetics, brain chemistry, personality, and life events, according to the Anxiety and Depression Association of America. While anxiety disorders are highly treatable, only 36.9% of those suffering receive treatment. The association recommends that tjpse who suffer from anxiety seek professional care such as therapy and medication.