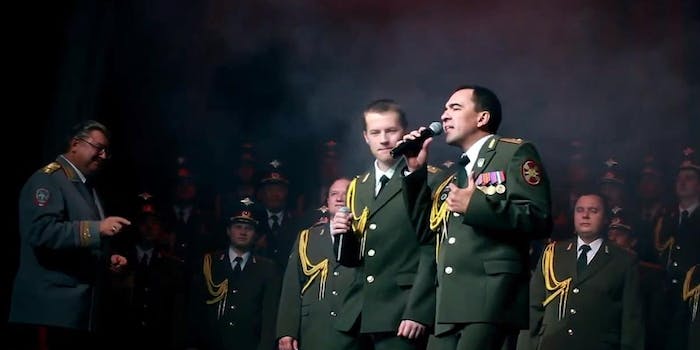 Quelling LGBT protests gets pretty boring after a while.

Russian police officers took a break from quelling LGBT protests to dust off their dress greens and make a few YouTube covers of their favorite European pop stars.

In preparation for a concert at the Kremlin celebrating the National Ministry of Internal Affairs Workers’ Day on Sunday, Russian police officers released a video of them singing a rendition of Daft Punk’s “Get Lucky.” There’s even two officers who do their best Pharrell Williams impression down in front of the choir.

The video is the second to feature the officers’ singing skills. On Aug. 22, the police force released a cover of Adele’s “Skyfall.” Why not?

It’s all well and good until they dress down like Miley Cyrus in “Wrecking Ball.”