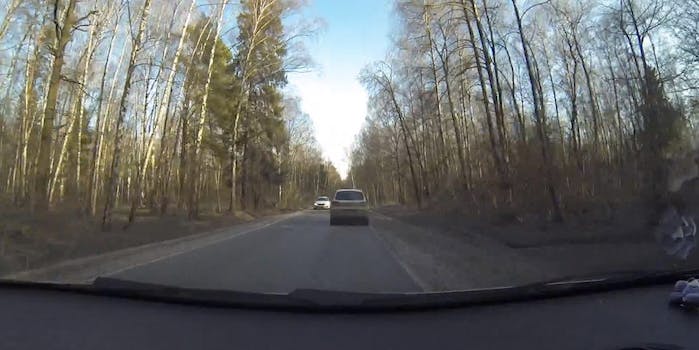 This ad only works if you get frustrated and fast forward.

One Russian advertising agency found a way to mesh dashcam videos with viewer impatience to create a powerful ad. It’s one that gets its point across while playing with the mechanics of YouTube itself.

This video mimics typical dashcam footage—but if you watch the whole 10 minutes all you see is an unexciting drive around town. However, if you get impatient and scrub forward in the video, you see a head-on collision with an oncoming truck.

The Russian ad is in effect a flip book, with single images of the truck collision embedded at the specific timestamps where YouTube pulls stills from, so that it lives up to its title of “MOST TERRIBLE FATAL CAR CRASH EVER.” The ad’s message about slowing down was created for Intouch, an insurance group.

Playing on impatience could be a great new sneaky ad technique. Fast-forwarding though cat videos could sell you kitty litter, or fail videos that sell you bandages. The possibilities are endless.