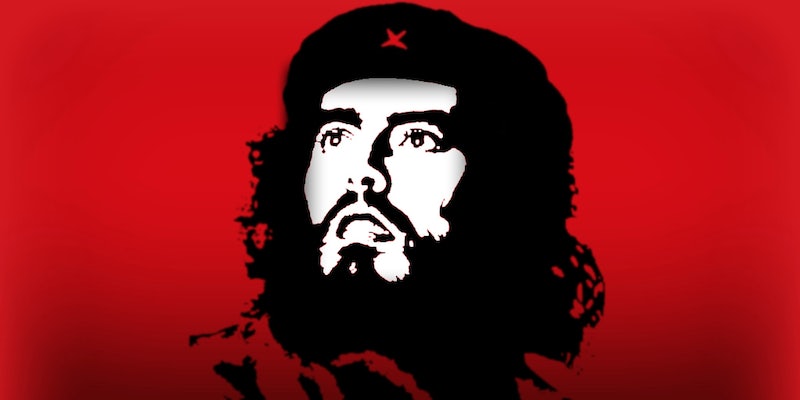 Russell Brand calls for global political revolution on the BBC

Brand's foray into political analysis has been a bit of a shock to the establishment.

Russell Brand wants to launch a global political revolution or, at least, instigate one.

During a Thursday night interview on the BBC’s Newsnight, the actor and comedian told Jeremy Paxman that traditional political structures should be razed, since they’ve consistently failed to respond to vital global economic and environmental issues.

On YouTube, the BBC promoted the video as if it were a boxing match, “Paxman vs Brand.” If so, Brand scored an easy knockout.

I am editing an issue of New Statesman, a magazine about politics. Here I am on Paxman talking about it https://t.co/pSBQgBPbAY

Earlier this week, political magazine New Statesman appointed Brand as a guest editor. He used the opportunity to published a 4,500 word essay that uses the word “revolution” 12 times.

In the piece, Brand says that he doesn’t vote and claims he never has.

“Like most people I am utterly disenchanted by politics. Like most people I regard politicians as frauds and liars and the current political system as nothing more than a bureaucratic means for furthering the augmentation and advantages of economic elites,” he writes.

When Paxman asked if he was advocating revolution, Brand explained, “The planet is being destroyed, we are creating an underclass, we’re exploiting poor people all over the world and the genuine, legitimate problems of the people are not being addressed by our political class.”

During the broadcast, Paxman seemed genuinely perplexed as to how Brand could make such strong political statements, given his non-existant voting record, and accused Brand of being “trivial.”

When asked what his ideal political system would look like, Brand admitted he didn’t have all the answers, but he quickly shot off a list of reasonable qualifications: “Shouldn’t destroy the planet; shouldn’t create massive economic disparity; shouldn’t ignore the needs of the people.”

More specifically he called it a “Socialist-egalitarian system based on the massive redistribution of wealth, heavy taxation of corporations and massive responsibility for energy companies… exploiting the environment.”

“Do you see any hope?” Paxman asked Brand at the end of their interview. 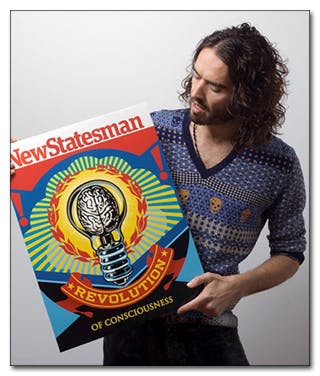 In the New Statesman, Brand declares his allegiance to the leftist political ideologies and attacks conservatism, “The right has all the advantages, just as the devil has all the best tunes. Conservatism appeals to our selfishness and fear, our desire and self-interest; they neatly nurture and then harvest the inherent and incubating individualism.”

But, he also claims the “solution” must also be spiritual, something he admits is often at odds with leftist principles. He explains, “By spiritual I mean the acknowledgement that our connection to one another and the planet must be prioritised.”

“The revolution of consciousness is a decision, decisions take a moment. In my mind the revolution has already begun.”

The Newsnight interview was not the first time Brand has drastically overmatched the hosts of a news program. In June, he made headlines for excoriating the gang on MSNBC’s “Morning Joe,” in an appearance the Washington Post called “devastating.”