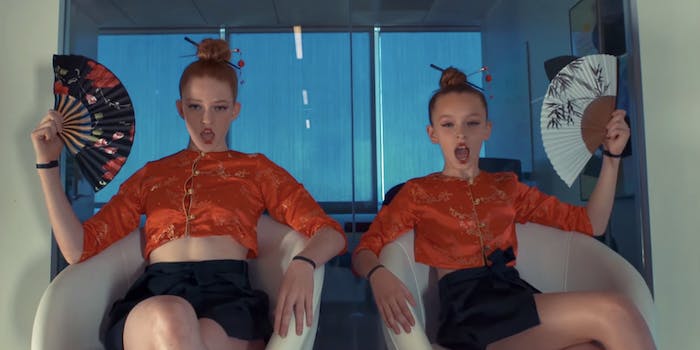 Who run the world? Larsen and Taylor, obvs.

When Beyoncé asked, “who run the world,” the clear answer is 14-year-old Larsen Thompson and 11-year-old Taylor Hatala. These two dance superstars are wowing YouTube yet again with their performance to the Bey hit.

You may recognize Hatala and Thompson from their viral dance hit to Big Sean’s “I Don’t F*ck With You,” (the edited version, naturally), where they showed off their “fraternal twin” vibe, as they call it. They’re not related, but they look so hauntingly similar that their dance can’t help but catch your eye. In their “Run the World” performance, the pair performs in an office building, stepping over the cubicle jockeys to assert their world-running dominance.