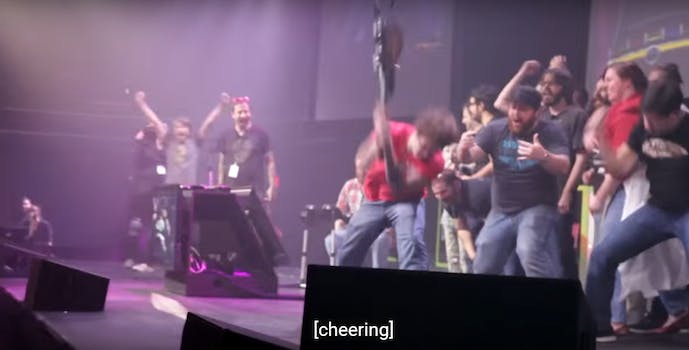 A a 'non-stop frenzy of gaming and comedy.'

Funhaus just debuted the animated series Sex Swing via Rooster Teeth’s First streaming platform. If you loved Achievement Hunter’s Uno: The Movie, which went from two-hour Election Day game to IMDb-rated film, you might get something equally chaotic live.

Asked why they’re taking it on the road again, Achievement Hunter’s Geoff Ramsey says it’s about the fame, really.

“Everyone who has ever lived has wanted to be a rock star,” he tells the Daily Dot. “Since talent is required, that’s not going to happen. So this is the next best thing.”

As for backstage demands, Ramsey is going full rock star: “No eye contact from staff, no water, all alcohol, one diet coke for Ryan [Haywood from Achievement Hunter]. And we need a TV playing Fern Gully at all times in our dressing room. Don’t ask why.”