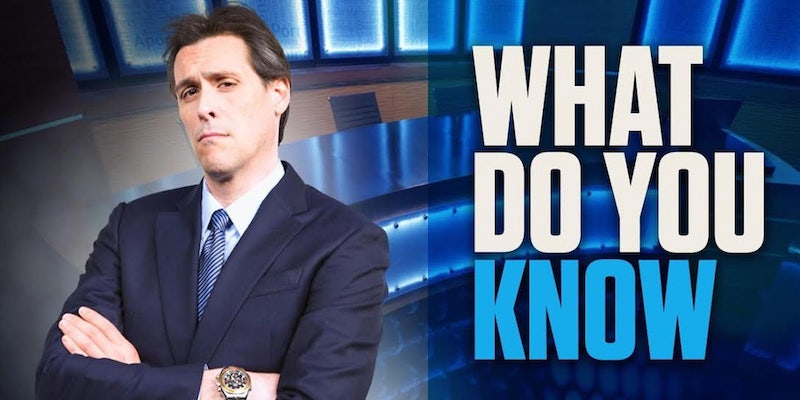 Rooster Teeth teams up with go90 for new series, ‘What Do You Know?’

Rooster Teeth, the pioneering media and entertainment company responsible for some of the biggest online series, has teamed up with go90 to premiere its newest comedic roundtable show, What Do You Know? The show will premiere exclusively on the social entertainment platform on Jan. 30, and will air new episodes three times a week on Mondays, Wednesdays, and Fridays. It can be watched for free only on go90.com.

Each 30-minute show features Rooster Teeth’s fan-favorite host Joel Heyman and a panel of funny and informed guests weighing in on some of the most important topics of our day—and some of the least. Discussions will be about robots, online trolling, genetic engineering, and much more.

“You know that friend in your circle that seems to have endless reams of useless knowledge stored away in their head? We’re hoping to make every viewer into a version of that guy with this new show,” said show co-creator and host Heyman. “Thanks to go90 we’ve had a ton of support and were able to make the kind of show that we think everyone will have a lot of fun watching.”

Success is expected as Rooster Teeth already has a massive following of more than 28 million subscribers to its YouTube Network, 3 million monthly visitors to its website RoosterTeeth.com, and 1.8 million registered community members.