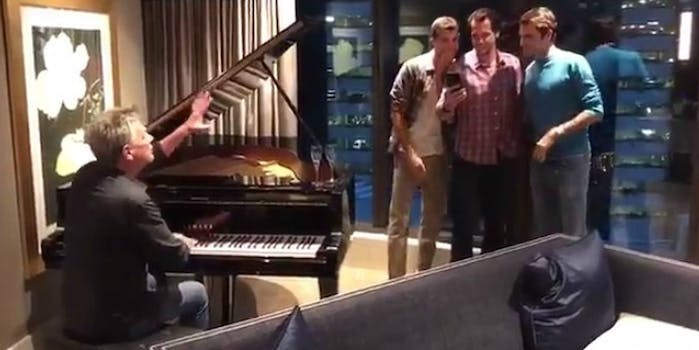 Roger Federer has nothing on Peter Cetera.

Roger Federer is perhaps the greatest tennis player of all time, and he’s also one of the sport’s most fun follows on Twitter.

And apparently, he thinks he has a good enough singing voice to start his own boy band.

That’s Federer along with fellow tennis players Tommy Haas and Grigor Dimitrov as they take a break from the Australian Open to sing Chicago’s 1982 hit, “Hard To Say I’m Sorry.” Who’s that accompanying them on the piano? That’s Haas’s father-in-law, who happens to be 16-time Grammy winner David Foster and the same man who originally produced the song.

As for how well the trio performs? Not terrible. But then again, maybe they’re better off sticking with tennis and just performing karaoke on the side.