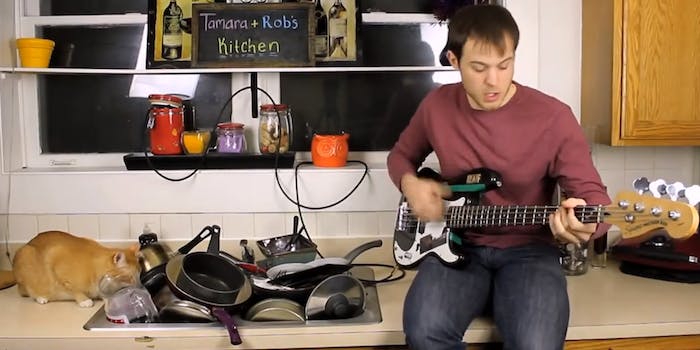 We can't speak, however, for the Afroman.

So maybe they’re not the 21 best bass lines of all time, but YouTuber Rob Scallon’s 3:49 run-through of 21 truly identifiable bass lines does prove one thing: Sometimes the bass is the baddest part of a rap track.

Segueing American classics like Ol’ Dirty Bastard’s “Shimmy Shimmy Ya” with 50 Cent and the Fat Boys’ autobiographical introduction, the bedroom bassist takes you on a tour of the filthiest genre, with tracks from some of the most recognizable and notorious names in rap.

We can’t speak, however, for the Afroman.

Full rundown of the bass-off below. (We can’t explain the Hotstylez either.)