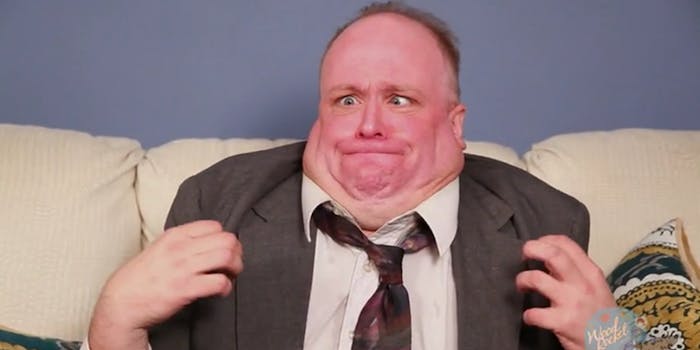 Is this the first time you’ve parodied a politician?

Can you tell me how the idea came together, and where you found your bizarro Rob Ford?

Everyone is so excited to see the video of the Mayor of Toronto smoking crack, and whatever other videos the police have in their custody. At WoodRocket.com, we’re hopeful that one of those videos also has Ford fornicating on them. Ford-icating. We’re not excited to see him naked. We’re just excited to see this bizarre political scandal get more bizarre. And what would be more bizarre than if he had recorded a celebrity sex tape?

Do you think Ford needs help, or should he just continue to be Rob Ford until he embraces a Howard Beale-esque public meltdown?

I think that Ford went Network on us a while ago. He has talked about vagina and crack and pushed elderly women and said “sorry” about a thousand times now. He probably needs to come to the realization that he has destroyed the credibility of his office. He needs help. And I’d like to see him get it. But I’d prefer that it be just as strange as the rest of his life.

For example, there was a Canadian television show called The Littlest Hobo. It’s kind of like Benji. It’s about a dog that goes from town to town helping people get out of bad situations. I think that that is the way I would like to see him get help.