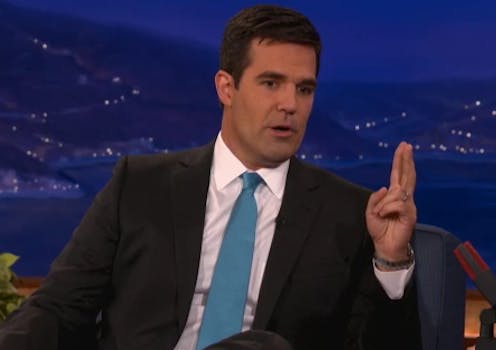 Is @RobDelanie funnier than Rob Delaney?

The parody has become the master.

Rob Delaney has positioned himself as the Internet’s comedian, thanks in part due to lively Twitter presence.

He’s been called the “Funniest Person on Twitter,” receives countless retweets and faves from his loyal followers, and is slowly creeping into mainstream popularity. His 600,000 followers think he’s really funny. For some reason that right now is an absolutely mystery to me.

Simply put, his antics are obnoxious.

Delaney’s crude jokes have become monotonous, his punchlines unoriginal. And his jokes define the word formulaic.

In arriving at his comedic perch, Delaney has done three things:

How are you not bored with that?

If you are, meet @RobDelanie—an account that finally validates my thoughts.

Launched Monday, @RobDelanie cleverly spoofs Delaney as the obnoxiously low-brow comedian that he’s devolved into, wonderfully mocking all of Delaney’s tired diatribes and stupid tweets directed at public figures. The account also knocks Delaney’s bizarre adoration of your mom jokes and his constant political jokes that have become particularly labored at this point.

The parody has become the master. Here are some of the account’s funniest tweets: