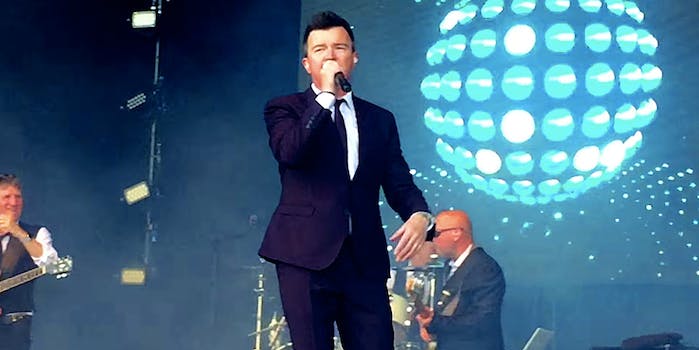 Rick Astley’s ‘Uptown Funk’ cover is better than a rickroll

Usually clicking on a Rick Astley clip means you’re about to endure another rickroll, but this time around its four minutes and 37 seconds of pure funk.

Astley pulled out the Bruno Mars hit “Uptown Funk” at Let’s Rock London, an ’80s-themed festival, over the weekend. Not at all stuck in the ’80s himself, Astley looks amazing in the clip.

Perhaps its time for a Astley renaissance, or at least a duet with Mars.