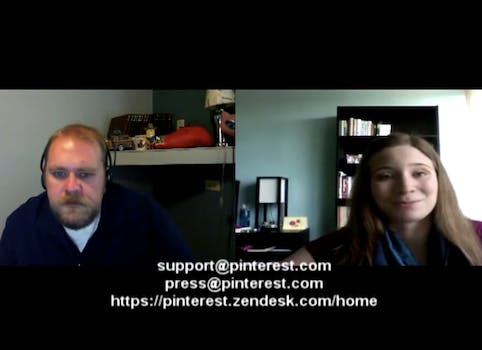 Looking to catch up on the most buzzworthy Pinterest stories of the week? Let two experts bring you up to speed.

Pinterest has risen to prominence faster than any social network of our time, and everybody’s talking about it. Each weekend on Pin the News, Josh Davis of LL Social and Lauren Orsini of the Daily Dot analyze the latest Pinterest happenings and provide insider tips for making the most of the network.

We begin this week’s show with a discussion of Pinterest’s latest feature: group boards. As Orsini wrote for the Daily Dot, improved group boards are not only convenient, but a resolution to one of the network’s most glaring security flaws.

As Pinterest’s userbase grows, so does its spammer population. In fact, spammers can hurt small business owners by attempting to steal their identities.

Pinterest quietly removed users’ ability to comment on its official blog posts this week, deleting all previous blog comments in the process.

We end this week’s show on a comedic note, discussing two Pinterest parody accounts on Twitter. Watch to find out why we believe parody is the strongest indicator of a healthy community.