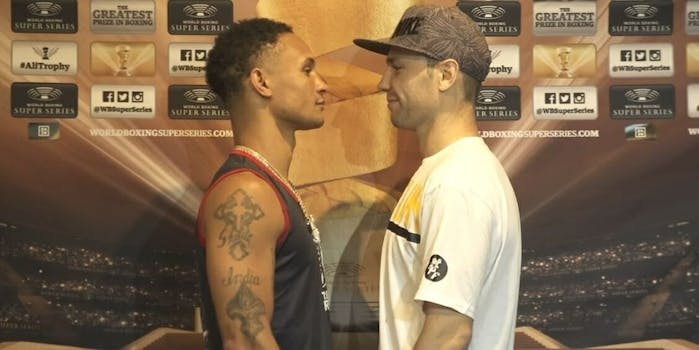 How to stream Regis Prograis vs. Kiryl Relikh

Prograis could become a star. Relikh will try to stop him.

After a longer than expected wait between bouts, the World Boxing Super Series tournament returns, and on Saturday, it features a semifinal match of Regis Prograis vs. Kiryl Relikh. The WBSS—which this year is hosting tournaments for some of the best boxers in three different weight classes—has been beset by reported financial difficulties and at least one fighter who has thought hard about escaping the tournament.

But luckily, Prograis, perhaps the best 140-pound junior welterweight in the world, will participate in a match he should win against Relikh. Still, it’s a fight you should certainly watch anyway. Prograis might be the best American fighter most people haven’t heard of, and against Relikh, one of his toughest opponents to date, he’ll be looking to impress the DAZN audience and make his way to the WBSS finals.

Here’s all you need to know to live stream the Prograis vs. Relikh fight on DAZN.

The only way to watch Prograis vs. Relikh in the U.S. is to stream it on DAZN. Though DAZN recently got rid of its one-month free trial—one of the best deals in streaming—it’s still a worthwhile expense for those who love boxing. If you pay for a full year of DAZN, it costs $99.99. If you go month to month, you’ll pay $19.99 every 30 days. Thus, you’ll save yourself about $40 over a 12-month span if you commit to a full year.

Since entering the American market last September, DAZN has been a great service for boxing and MMA fans. DAZN is the exclusive home of Canelo Alvarez, Anthony Joshua, and Gennady Golovkin—three of the most popular fighters in the world—and with its promise to stream more than 100 fight cards per year, it’s doing its best to try to kill the longtime boxing PPV model.

Regis Prograis vs. Kiryl Relikh: Why it matters

“This is my biggest fight, my first true world title fight and, mentally, the biggest fight of my career,” Prograis said. “Nothing will stop me from getting this belt.”

Well, Relikh is going to try. He won his title 13 months ago by beating Rances Barthelemy by unanimous decision, and he defended it by skating by Eduard Troyanovsky in the quarterfinals of the WBSS tournament. But he took back-to-back losses vs. Barthelemy and Ricky Burns before that, and he’s never beaten anyone who’s better than a B-level fight.

It appears Prograis is on a higher talent level than that. He dominated former unified junior welterweight titlist Julius Indongo in 2018, and in his quarterfinal match, he easily dispatched former 135-pound titlist Terry Flanagan.

And he’s already thinking about what’ll happen after the Relikh fight. Although two of the division’s four titlists—Jose Ramirez and Maurice Hooker—aren’t participating in the WBSS tournament, the other semifinal will feature Josh Taylor vs. Ivan Baranchyk for one of the division’s other belts. That means the reward for the finals is two of the four titles at junior welterweight.

That would put Prograis halfway to where Terence Crawford was in 2017 when he held all four belts and was the undisputed champ.

“As long as the other belt holders don’t hide behind their promoters and networks, I’ll have the opportunity to become undisputed, that’s my goal. I want to prove what people are saying about me being the best 140-pound fighter in the word. It’s nice to have it said, but I want to prove it in the ring.”