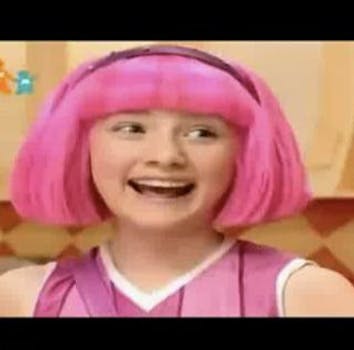 Redditor doctorrsnazzbaggle asked r/askreddit about the latter. Instead of conventionally funny videos, he wanted to hear about the most senseless and addictive videos that Reddit watches time and time again, not entirely sure why they’re cracking up.

Amid more than 10 exclamations of “Jesus!” one gentlemen discovers that purchasing fireworks of questionable origins is either the best or worst idea ever.

“After much deliberation, I have concluded that this may very well be the best video on the internet. Not only does this go horribly wrong, but he always has the camera in the right spot,” kurtdyoung wrote.

Take a peppy song from a children’s TV show, add a profanity-laden rap song, and you’ve got a disturbing yet catchy video that may cause you to wonder whether you’re under the influence.

“This video should be the permanent sidebar of r/trees,” jumbotron9000 wrote, referencing Reddit’s largest marijuana community.

At first glance, it’s nothing more than a voiceover of an infomercial. But by the time you get to the senior citizen wailing while she brushes her poodle, it’s an absurdist comedy.

“I completely lost it at the old lady,” mr_blue_penguin wrote. “Its been too long since I have laughed until I have cried.”

It takes just three seconds for this slapstick joke to reach its inevitable conclusion. By that time, you’ll be wondering how the little girl’s parents kept the camera straight.

“As a parent of two kids, my wife and I have these moments all the time where we are struggling to not laugh in our kids’ faces as they bawl their eyes out,” Journalisto wrote. “Honestly, it’s amazing the amount of falls my four-year-old has taken and not gotten seriously injured.”

It’s humor mixed with schadenfreude as this poor dog owner chases Fenton, probably wishing he’d invested in a leash at some point.

“I originally thought this was a crazy old man chasing deer in a park yelling SATAN like a madman,” Hyperion1001 wrote. “I like it better than way.”

Arthur is a weatherman who is easily entertained.

“I couldn’t handle this shit,” SHEESHKA wrote. “They’re all just so fucking giggly. They are all laughing before anyone even tells a joke.”

It doesn’t take long for this fellow’s practiced supervillain chuckle to become contagious.

“Ever since i first saw this video i do the exact same thing when i pass a video camera,” ClintFlicker wrote.

This videogame’s graphics have a long way to go until they imitate anything close to reality.

“I’ve never played this game,” rudesby wrote. “Never even heard of it. But this video made me laugh like an absolute moron for an hour straight.”

“damn I watched that for a long time!!” laminatedlama wrote.

These video dubbers think there’s something He-Man wants to tell us. And based on the enthusiastic comments from Reddit, this video may be the most beloved of the bunch.

“I watch it multiple times a day, everyday, I almost forgot to watch it yesterday, so I went out of my way to listen to it,” shazzam17 wrote.

“I would consider this as the center of the Internet,” samissleman17 wrote.