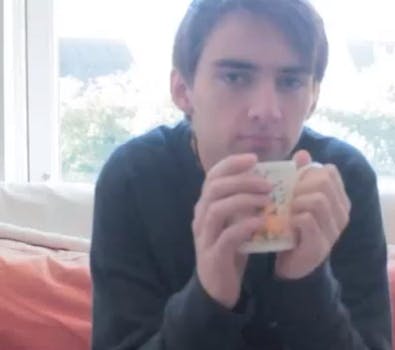 For a small donation to charity:water, you can have a photo of your choice painted by the beloved Redditor.

The face behind shitty_watercolour, the beloved Reddit novelty account that turns random photos and comments into paintings, has been revealed in a new YouTube video promoting a live paint-a-thon for charity.

“The first thing you might notice is that I’m not 79 years old,” says a young shitty_watercolour in the YouTube video, which is stuck at 304 views (an indication that YouTube’s servers are struggling to keep up with the recent spike in interest).

Then, he reveals the details of the paint-a-thon:

“I am going to be painting for 12 hours straight. I’ll have a sheet of paper, more than one if I need, and I will divide it up into a big grid with 5cm by 5cm squares. And you can request to have your picture painted in a square.”

If you donate at least $10 to charity:water, a non-profit organization that provides clean water to developing countries, shitty_watercolour guarantees that your photo will make it onto his sheet of paper. So far, more than £700 ($1,131) has been collected in two hours.

On Reddit, shitty_watercolour’s post about the paint-a-thon has reached the front page and is collecting about five comments a minute from people eager to have their photos painted.

“With the amount of donations I imagine this will get, reddit will basically own you for the rest of your days,” fat-free-alternative commented.

“$150 donated for [a painting of] Stephen Fry with a cup of tea,” teaaddiction commented. “Worth it!”

14 photos have been painted so far, and you can watch as shitty_watercolour adds more on a live YouTube feed.