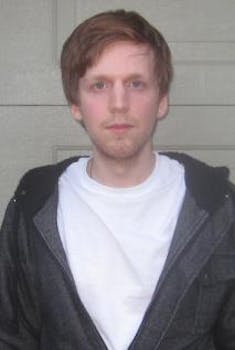 Alexander Rhodes, a redditor and extra in the upcoming Tom Cruise flick Jack Reacher, is now billed above Cruise himself on the movie's IMDB page.

The upcoming film Jack Reacher is packed with stars such as Tom Cruise, Robert Duvall, and Rosamund Pike. So why does the movie’s IMDB page feature extra Alexander Rhodes as its top-billed actor?

The secret to Rhodes’ unusual prominence lies in a Reddit thread.

Rhodes, who has worked as a movie extra in The Perks of Being a Wallflower and a production assistant on The Dark Knight Rises, noticed that IMDB ranks a movie’s cast by each actor’s profile pageviews. On Sep. 28, he submitted a thread detailing this to Reddit. At the time, his name ranked eighth in the Reacher cast list.

By late Oct. 1, his name and role as “Suspicious Onlooker” was at the top of the list, bumping Cruise down to second place.

Now, Rhodes is on a new quest: actual stardom.

According to a post by his friend and fellow extra Cory Cook in a follow-up thread, Rhodes plans to start paving his path to fame by keeping his name at the top of the Jack Reacher cast list:

“Casting Directors WILL NOT CARE if he is on the top 10 for only one week. We have to get him on the news… and actually make him famous. It would be so great to have one of us represented in Hollywood. Just imagine the news headlines.. ‘Meet the man the internet made famous.’”

So far, a Facebook page set up for Rhodes has achieved 4,700 likes. Rhodes’ Twitter feed, launched on Sep. 26, already has over 2,600 followers. A Twitition page to have Rhodes’ account verified has garnered almost 400 votes.