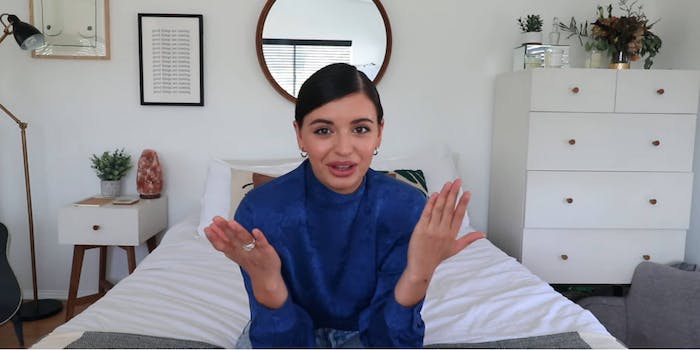 Rebecca Black reflects on harassment and depression she faced after ‘Friday’

Rebecca Black has some insight about her viral moment.

Rebecca Black has come a long way since her massive 2011 viral hit “Friday.” On the ninth anniversary of the song, Black took some time to reflect on the harassment and depression she faced in the wake of her success, and what she would say to her teenage self.

Black, who was only 13 when “Friday” was released, posted to Twitter and Instagram, saying that “above all things, i just wish i could go back and talk to my 13 year old self who was terribly ashamed of herself and afraid of the world.”

The internet had a field day with the video, which now has more than 139 million views, and Black was mocked by strangers and celebrities alike. She added that the years after “Friday” weren’t exactly kind either, stating that she would also go back “to my 15 year old self who felt like she had nobody to talk to about the depression she faced. to my 17 year old self who would get to school only to get food thrown at her and her friends. to my 19 year old self who had almost every producer/songwriter tell me they’d never work with me.”

Enough time has passed that “Friday” is now a piece of internet history; the 22-year-old Black has cultivated a popular YouTube channel where she talks about mental health and interviews other YouTubers, and she released her latest single, “Sweetheart” in October.

Black added: “i’m trying to remind myself more and more that every day is a new opportunity to shift your reality and lift your spirit. you are not defined by any one choice or thing.”

It’s clear she has a lot of positive support now, as witnessed by the outpouring over her post.

okay so i just got back on twitter and i am just so blown away and confused and grateful at the messages you guys have been sending to me in response to this. i could have never imagined support like this. that you a million times i just wanna cry!! (happily!!!) https://t.co/SOxFLJhjD9