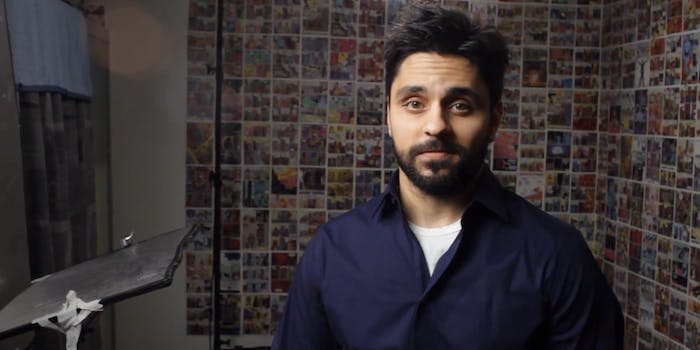 Court sides with Ray William Johnson in fair use suit vs. Jukin Media.

A judge has sided with YouTube creator Ray William Johnson in his lawsuit against Jukin Media establishing a fair use precedent that could have wide-ranging implications for creators who earn a living aggregating and curating viral video clips.

The lawsuit originated back in 2014, when Jukin issued multiple YouTube copyright claims against Johnson’s viral clip show Equals Three, accusing the creator of stealing multiple clips from its popular Fail Army channel. In November of that year, Johnson responded by suing Jukin for lost revenue claiming a fair use exemption for the clips.

It now appears that the law is on Johnson’s side. In a decision issued on Oct. 13, U.S. District Court Judge Stephen V. Wilson ruled in favor of Johnson, citing the “transformative work” exception of the fair use statute. In the case of all but one of the contested video clips, Judge Wilson found that Johnson’s show substantively transformed the video in question and that the show’s transformative nature outweighed its commercial objectives.

A concrete definition of what constitutes fair use has been notoriously difficult to pin down, a problem that has plagued many creators in the digital space who rely on re-purposed content. In this case, the judge found that the clips had been substantially re-contextualized through the commentary provided by Equals Three host Robby Motz.

Of the 19 videos contested in the suit the judge found that only one, “First person to buy iPhone 6 in Perth drops it on live TV when pressured by reporters,” did not meet the criteria for a transformative work because the host made only broad general comments rather than direct critical statements about the video.