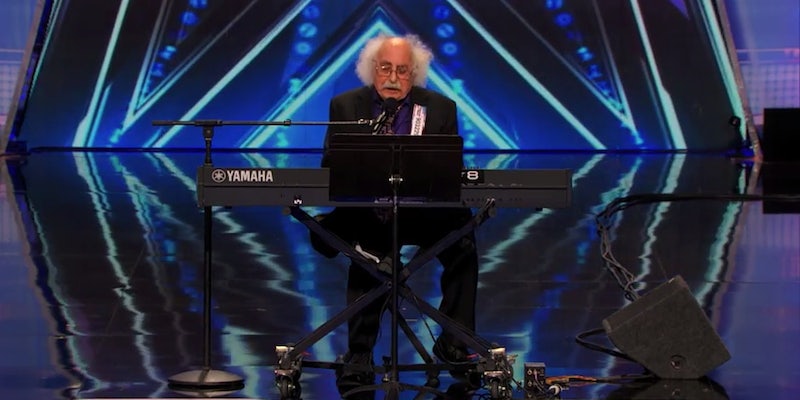 Don't watch this with your kids unless you want them to start singing it at home.

Reality talent competitions have been on the air for well over a decade, so when a contestant tries to pull one over on the judges, it usually falls flats or annoys the audience. But this is a master class in trolling.

Meet Ray Jessel, an 84-year-old singer and songwriter who’s been performing since he was 72. He finally decided to audition for America’s Got Talent, and after he put on the sort of old-timey routine that suits his age, he told the judges he was going to perform an original song.

It’s totally NSFW, but it managed to get completely past NBC’s censors without any bleeping. And the judges loved it.

“You have no idea what you just did in my house,” Heidi Klum told Jessel. “My children are all sitting in the audience, and they all will be singing that song later on tomorrow, the next day, the day after.”

If anyone was watching with their kids, they might run into the same problem—at least until Jessel’s next appearance.

Photo via America’s Got Talent/YouTube