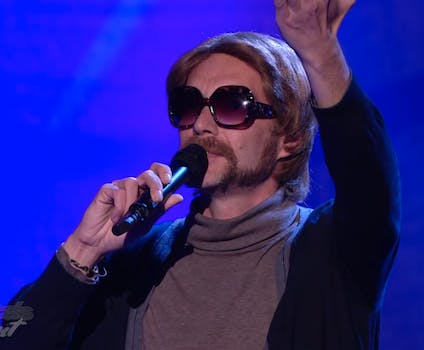 Randall the Honey Badger guy goes on “America’s Got Talent”

Randall, the surname-less personality whose narration of “The Crazy Nastyass Honey Badger” helped a National Geographic video accrue nearly 50 million views on YouTube, made a guest appearance during a taping of NBC’s America’s Got Talent last night and basically spent the whole time repurposing his schtick on the variety contestant show’s foremost celebrity hosts and judges.

“Roar says the Nick Lion,” Randall says in congruence with a clip of AGT host Nick Cannon leaning back and shouting something.

“And these are the members of the supreme court for America’s Got Talent. It’s Howard Badger, and Howie Mandrill, and Sharon Ostrich!”

The next minute features a whole slew of ad-libs that’s sort of a cross between the actual Honey Badger video and those Bad Lip Reading videos that’ve been making us laugh this week.

The whole thing lasts about 1:50—about all there should be, really—and ends with a shot of Nick Cannon in the prone position wearing a duct tape bra.

Let’s just cue “The Crazy Nastyass Honey Badger” video and get out of here.