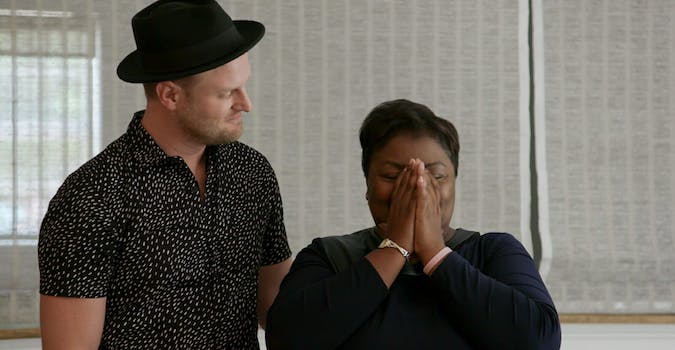 ‘Queer Eye’ shows us that there’s hope for America

Season 1 of the Netflix reboot made it OK to like men again. Season 2 does the same for this country.

When Netflix’s reboot of Queer Eye premiered in February, this nation was reeling from the fallout of the Me Too movement. The fact that patriarchal and misogynistic ideas are woven into the fabric of our society was something women had known for years, but the staggering amount of accusations of sexual misconduct which emerged following the fall of Harvey Weinstein shocked many people, and many men specifically. For the first time, men in every industry were forced to reckon with how their behavior or complacency toward other men’s behavior had affected their female peers.

The new Queer Eye arrived like redemption for men. Here were five gay men, interacting with straight men, in an environment where both parties were open and accepting of one another. To see the way Jonathan Van Ness, Bobby Berk, Karamo Brown, Tan France, and Antoni Porowski (OK, maybe not Antoni) not only brought their exceptional skills to everyone they helped, but to see them do it with such empathy, and in such a judgment-free way, was inspiring.

And there were many opportunities for judgment. But on several occasions, what could have been totally justified confrontations actually turned into a dialogue. After Bobby told Christian dad Bobby Camp about his experiences being ostracized from the church growing up, Camp didn’t get defensive, he made it clear that his faith wouldn’t prevent him from loving the men who were trying to help him. In an even more intense episode, the guys were pulled over by Trump-supporting police officer Cory Waldrop’s buddies as a prank. Karamo would’ve been within his rights not to continue the makeover after this incident, but instead, he kept engaging with Waldrop, and they had a frank discussion about police brutality which led to a friendship they maintained after filming.

The rebooted Queer Eye really is more than a makeover show. Throughout the course of the first season, the fab five illustrated time and again that men could be redeemed, that it was possible to be open-hearted and loving, even to those completely different from you. But another narrative emerged in the first season too, which went beyond the show’s subversion of masculinity. On top of being about the potential for change and growth in every man, Queer Eye also raised points about how to find hope in modern America. This throughline is brought front and center in season 2. While stories about men looking to find love or get out of their comfort zone are also present, the more impactful episodes all return to the idea of what it means to navigate life in this increasingly polarized, flawed country. Several episodes revisit the nature of cultural norms, and how they impact an individual’s ability to better themselves. The installment “Saving Sasquatch” from season 1 touched on this, but the episodes “Unleash the Sexy Beast” and “Big Little Lies” make this theme a cornerstone in the second. 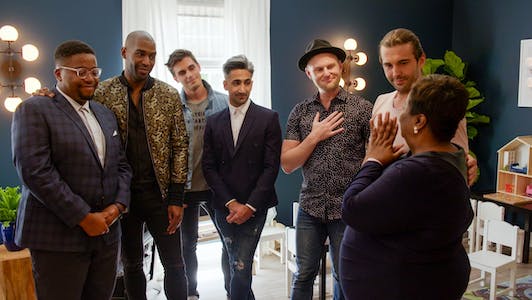 One episode revolves around a Hispanic father, who doesn’t feel comfortable around other parents; the other on an Iranian-American man who hasn’t told his parents he didn’t graduate from college. While the fab five don’t let either of these men make excuses, there’s a sensitivity to the experiences of non-white men that’s present as well.

Those involved in the new Queer Eye are open to learning on both sides, and it helps rebuke some of the criticism that the show may not be a wholly encompassing portrait of queerness in 2018. Yes, this is a stripped-down, feel-good show. The episode “God Bless Gay,” about a Christian mom and her son, has about five moments guaranteed to make you cry. But the show isn’t sentimental just for its own sake. The emotional catharsis or Queer Eye comes from the fact that it really does suggest that even in now, in times as messed up as these, compassion, understanding, and kindness are not only factors which help influence change, they are the engine that makes it possible.

It’s not an understatement to say that Netflix’s Queer Eye reboot is changing lives in ways you didn’t even know about. If the first season was a promise of an America with better men, the second is a promise of a better America because it reminds us of our shared humanity. Since we’re all stuck here, the show posits, we might as well get through it together.