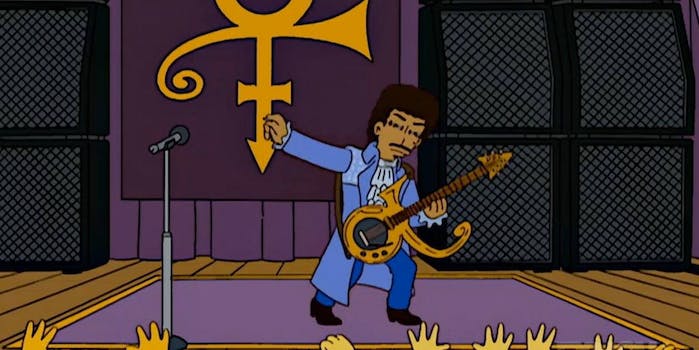 The script from the Prince ‘Simpsons’ episode that never was

So close yet so far.

Simpsons fans never got to see the mythical Prince episode of the show, but now we can at least see the script.

On Saturday, showrunner and producer Al Jean tweeted out the script for the unproduced episode, which was proposed for season 5 and allegedly rewritten by Conan O’Brien. The storyline finds Lisa attempting to win tickets to a Prince concert as a spider threatens to disconnect the call, and Selma telling Prince what a big fan she is.

However, Prince apparently had some objections to the script, and the episode was scrapped, though it’s not clear why.

.@TheSimpsons possibly another objection Prince had to the script… pic.twitter.com/OgRxlZ5EKJ

Prince did appear in references throughout the years, but never actually voiced a character. In season 20’s “Treehouse of Horror” episode, Homer murders Prince with his own guitar. H/T Vulture