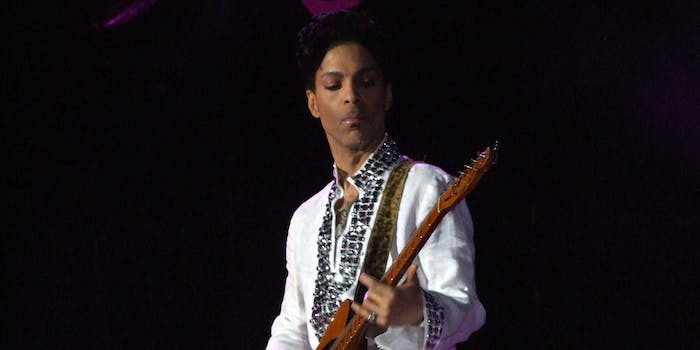 Photo via penner/Wikimedia (CC BY 3.0)

Prince is now on Instagram—for the moment.

The reclusive superstar joined the site this weekend and immediately began posting photos of himself. It’s kind of beautiful to imagine Prince sitting back to Google his own vintage photos, especially since the result is him posting Prince memes.

Prince’s relationship with the Internet is tumultuous at best. Last year he tried to sue 22 fans for $1 million each for pirating his music, but he thankfully changed his mind at the last moment. He also joined and quit both Twitter and Facebook, dipping a toe in the waters of social media after famously declaring the Internet to be “over.”

So it’s probably a good idea to enjoy his meme-filled “Princestagram” account while it lasts.

Photo via penner/Wikimedia CC BY 3.0)