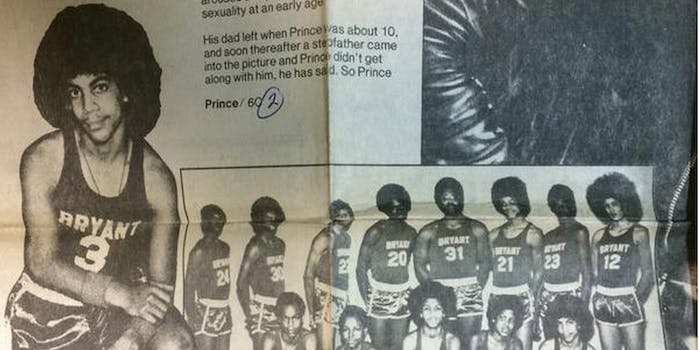 This is how you'll always want to remember Prince.

It’s hard to separate the man from the myth that is Prince. Lest there was any doubt about the R&B icon’s basketball skills following Charlie Murphy’s infamous skit on Chapelle’s Show, these newspaper clips from Minnesota’s Star Tribune should set the record straight.

In newly resurfaced clips, his coach for JV coach Bryant Junior High School recalls him being an “excellent ball handler” and the “sixth or seventh man” on “probably the best ball team that ever came along at Central.”

Another Prince-related clip from the Strib archives, looking back at his hooping days at Bryant Junior High. pic.twitter.com/LrIQZ3LhSg

Is anyone else suddenly hungry for pancakes?