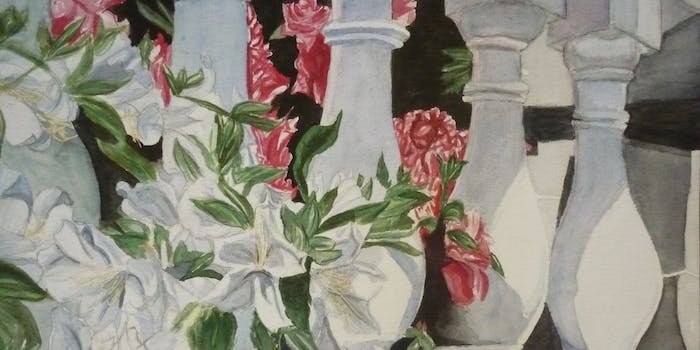 It's crude but effective. The concept is simple—type in a tag, get results.

It’s been five days since David Karp announced that Tumblr would retract the most draconian parts of their new “Adult Content” policy—but many Tumblr users still aren’t convinced that the company isn’t still hiding access to countless blogs.

The solution? Pornblur, a crude but effective way to search Tumblr specifically for the NSFW content you will no longer find on many of its more well-trafficked tags. Pornblur may be the brainchild of Robert Elwell, a search architect who declares himself the mayor of “Trillicon Valley,” the group behind the site.

The concept is simple—type in a tag, get results. While you still don’t seem to be able to search the names of individual tumblrs, you will come up with a list of tumblrs who serve up the content you’re hunting. It also doesn’t seem to limit itself to single-serving Tumblrs: rather, it shows you a taste of what an individual Tumblr whose description fits the search may be posting, which means that along with body parts, you get everything from mild fanart to cute little animals and pictures of flowers.

For example, currently searching Pornblur for “f**k” gives you a first page full of almost entirely work-safe results—everything from robots to puppies—while searching it for “kittens” gives you—well, let’s just say there are no cats on page one.

The unpredictability of pornblur’s search ironically shows how tough it is to really police adult content. Many Tumblrs whose owners have chosen to declare their content NSFW only post a small amount of actual explicit content in addition to their regular litany of pretty photographs, art, and GIFs. Some Tumblrs don’t seem to have any explicit content, yet still wind up in search results due to having certain keywords in their names: 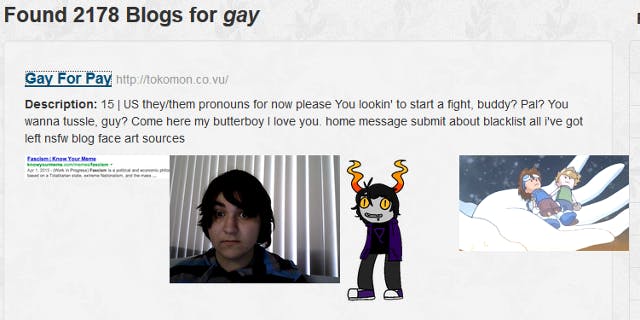 On the other hand, many adult Tumblrs aren’t making it onto Pornblur at all. Tumblrs like the very NSFW catholicboysintrouble fail to come up when you search for “catholic boys,” for example.

Meanwhile, Tumblrs like the equally NWS lipwrapped still aren’t showing up in either Google search results or pornblur results. Tumblr noted Tuesday to the Daily Dot via email that the exclusion was very likely a “glitch” and that they would be looking into it; but that may be little consolation to the blog and its would-be followers.

But until Tumblr takes further steps in restoring naughty blogs to general searches, Pornblur will at least show you where some of the lost content is still hiding.