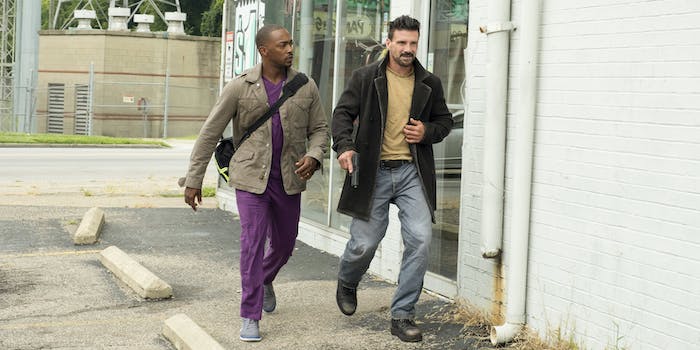 Netflix’s barely serviceable chase thriller, Point Blank, knows what it is, even if the details are messier than they should be. Joe Lynch’s crude, unserious remake of the excellent 2010 French film has star power, with Marvel Cinematic Universe alumni Anthony Mackie and Frank Grillo playing an odd couple on the run from a pack of comically dirty cops. The framework exists for an incredibly watchable (and rewatchable) chase flick, but Lynch fails to connect the necessary threads.
Point Blank

RELEASE DATE: 7/12/2019
DIRECTOR: Joe Lynch
STREAMING: Netflix
Not even MCU alumni Anthony Mackie and Frank Grillo can spice up this by-the-book thriller.
Zipping bullet shells open the film as hardened criminal Abe (Grillo) immediately drops into view. Black Flag’s “Rise Above” soundtracks Abe’s on-foot escape from a mansion as he takes piercing rounds from a couple of ski-masked tough guys. A brutal car collision renders him unconscious, and he winds up virtually shackled to an on-duty officer.
Somehow, Abe is the prime suspect in the murder of the assistant DA, who had gathered damning information on crooked police, including the corrupt Lt. Regina Lewis (Marcia Gay Harden). Lewis is tasked with retrieving the flash drive of reckoning from Abe, who finds himself in the care of a nurse named Paul (Mackie). Paul gets ambushed by Abe’s brother and partner-in-crime Mateo (Christian Cooke), who attempts to break Abe out of the hospital. In a fit of momentary imagination, Mateo finds out where Paul lives, knocks him out, and takes his eight-months pregnant wife (Teyonah Parris) hostage. 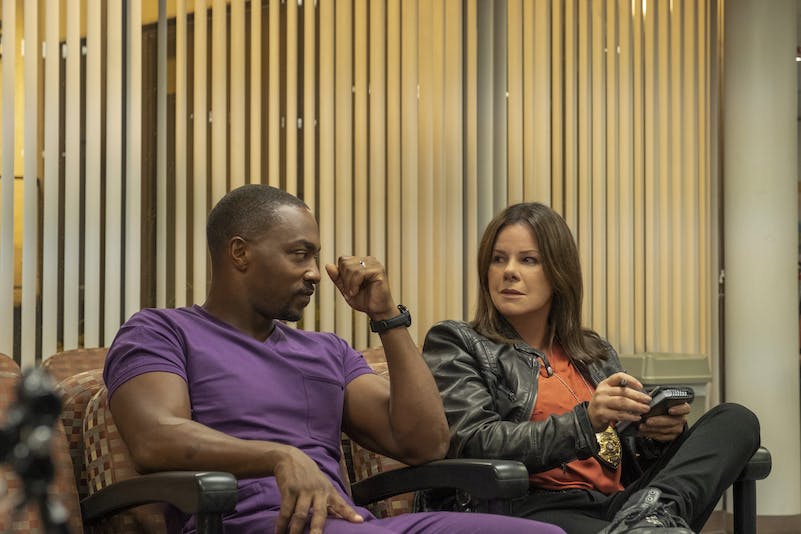 Paul follows Mateo’s order to get Abe out of the hospital by any means necessary. Now the pair are in a race against time—for Paul to get his wife back and for Abe to absolve himself of murder. Got all that? Great, because if Point Blank’s motivations and logic aren’t complicated enough within the first 15 minutes, the ensuing field of plot and tonal landmines should leave you adequately baffled.
Point Blank isn’t all bad, though. The action and chase sequences are up to par. Mackie and Grillo have tangible chemistry, even if the scripting lacks nuance and is woefully short on witticisms and needling. A film-obsessed gangster and his crew lead a few hilarious scenes, and Lewis displays a cartoonish ruthlessness. Yet as pleasurable as these scenes and aspects are, they also illuminate Point Blank’s principal flaw: its vacillating tones. The latest iteration fails to maintain a consistent sound, color, and mood, unlike the original, gritty French version and 2014’s decadent Japanese remake, The Target. 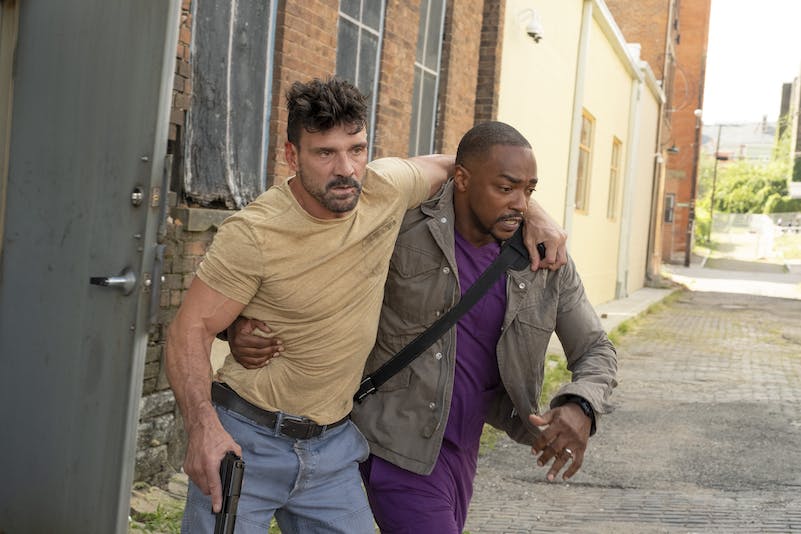 In the not-so-distant past, Point Blank would have been a throwaway for a major studio, a decent placeholder between tentpole releases. It’s the movie you would catch when you and your date missed the 10:15pm showing of the big alien blockbuster. Point Blank makes sense as a Netflix release, given the flimsy potting and lack of electricity from its main cast. It’s a shame, because with stars like Mackie at the helm, it could have—and should have—been so much more.