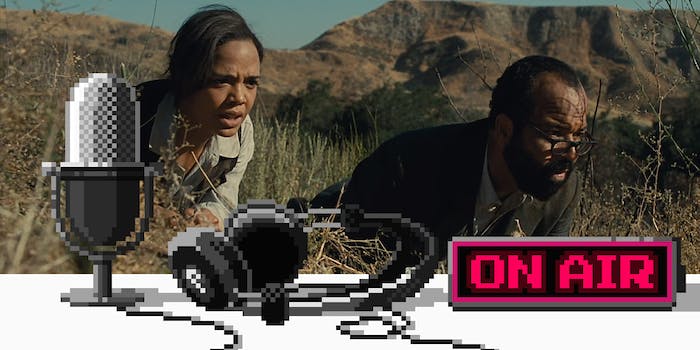 In Westworld season 2, episode 3, we finally see a new park, but it’s not the one we thought it might be.

In”Virtù e Fortuna,” we get a glimpse of the Raj and a mysterious new character named Grace who looks a lot like a young Theresa Cullen. We also get a glimpse of Shogun World, but in between that and the Raj, we get more muddled timelines and more questions: How is Ghost Nation involved? What is that file inside Peter Abernathy? Did we really need a sitar cover of “Seven Nation Army”?

Join us in the huddle, and listen to our previous Westworld season 2 recaps here and here.