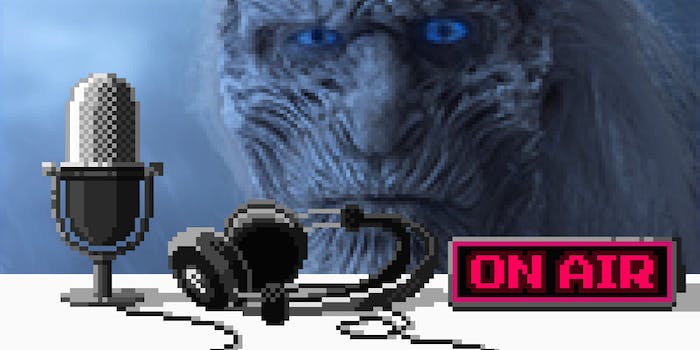 Our in-house expert breaks down episode 5, as the gang heads north to catch a wight.

This week, in-house Game of Thrones maester Michelle Jaworski joins us for a look back at episode 5, “Eastwatch.” Does Arya know that Littlefinger is Littlefingering with that mysterious letter? How long has Gendry been rowing? Is Jon finally legit? Will he and Daenerys bone soon? Can a dragon kill a White Walker?

Also, a look at cavesplaining and Samsplaining, and what might happen “Beyond the Wall” when the Suicide Squad gets there.