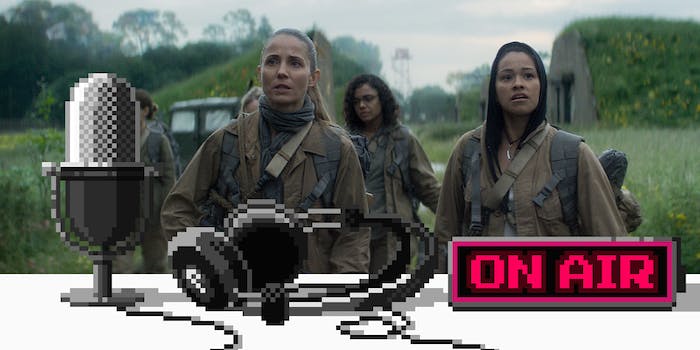 This week on the Upstream Podcast, Unclick editor Tiffany Kelly and Parsec writer Michelle Jaworski join us to discuss Alex Garland’s new Netflix sci-fi film Annihilation and its many theories. We try to break down that vague ending, the film’s (lack of) promotion, and what it’s trying to say about human nature.

Plus we talk about Sunday’s Oscars, why Three Billboards Outside of Ebbing, Missouri was bad, and say fuck you to Darkest Hour and the anonymous Academy voter who said they don’t even care that Gary Oldman was accused of beating his wife, he deserves that Oscar!

Take a deep breath and join us in the Shimmer.