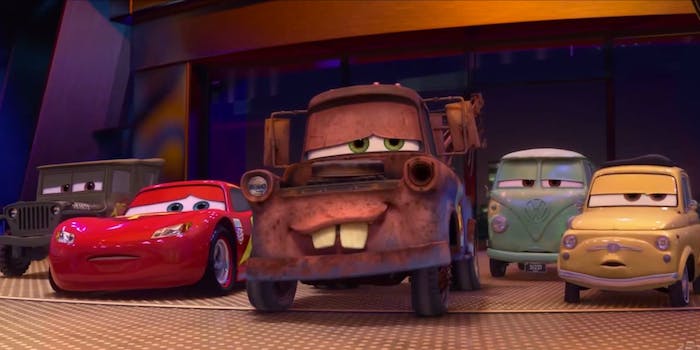 Pixar is about to get a lot more explosive.

Furious 7 already has plenty of heart, but when IGN combined it with Cars, Cars 2, and even Disney’s Airplanes, it revs up to an entirely different level. They’ve been racing cars and going on high-speed car chases for this long, so it’s not really all that much of a stretch.

Vin Diesel takes the helm as Mater, and with all of the sights, girls, stunts, and that secret agent subplot, it’s basically a free-for-all anyway.

They’re taking one last ride—but that might be harder than it looks when you’re a talking car.