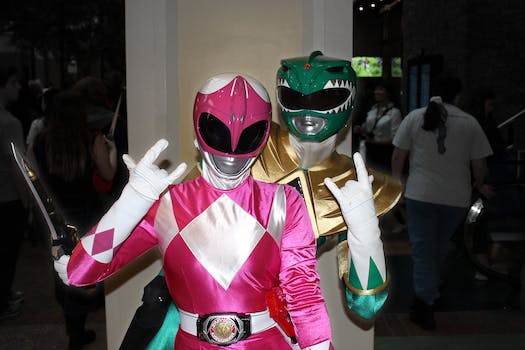 Thanks to her snug Pink Ranger costume, Amy Jo Johnson will always be burned into the psyches of boys who were experiencing the changes of life in the early ‘90s. But since then, both Johnson and her fans have moved on from the days of Mighty Morphin Power Rangers.

Yet, just because the actress has gone on to star in other roles since her days as Kimberly Hart, it doesn’t mean she’s forgotten her roots. As part of the Indiegogo campaign for her film The Space Between, Johnson offered a number of Power Ranger-centric donation levels to entice fans. However, nothing could prepare those fans for what the actress did to celebrate reaching her fundraising goal for the film.

A photo posted by Amy Jo Johnson (@atothedoublej) on


Almost 20 years after she retired her pink spandex, Johnson took to Instagram with costume in tow to announce she would be donning her ranger gear and busking with her guitar since she reached her fundraising goal. Even David Yost, who played Billy the Blue Ranger, was flabbergasted by the bravery of the 44-year-old actress.

A video posted by Amy Jo Johnson (@atothedoublej) on

A video posted by Amy Jo Johnson (@atothedoublej) on


But being the indepdent Pink Ranger that she is, Johnson still doesn’t have to put up with Billy’s crap, she’s got  performances to deal with.

A photo posted by Amy Jo Johnson (@atothedoublej) on


Billy, stay back with Zordon at Command Center. If you need Amy Jo Johnson or Kimberly Hart, you can find them raising money and writing/directing their own film.