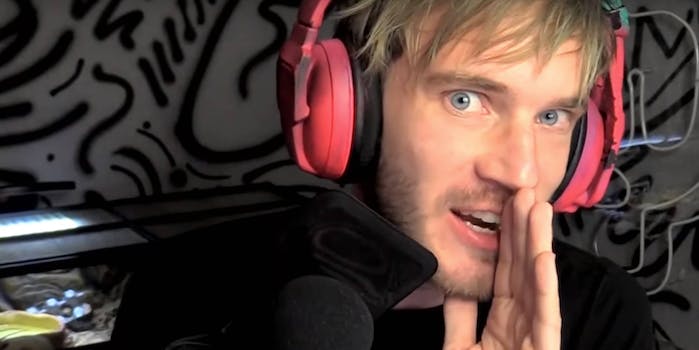 YouTube’s top-paid creator is going after the platform

What does it mean for YouTube if its most popular creator is threatening to leave?

On Friday, PewDiePie (real name Felix Kjellberg) released a video in which he threatened to delete his wildly popular channel at 50 million subscribers.

On Monday, Forbes released its list of highest-paid YouTubers, and Kjellberg made the No. 1 spot once again, netting $15 million last year. But his public airing of grievances (or public tantrum, depending on who you ask) illustrates the growing divide between ground-up creators and a platform trying to stay afloat in a changing streaming landscape. Some of Kjellberg’s issues include being randomly unsubscribed from certain channels, withering views, and algorithm changes. He also made the comment that YouTube might be pushing back against him because he’s white, which made for a clickable headline but was apparently sarcasm. The video has more than 14 million views.

Kjellberg isn’t the only creator with grievances. The hashtag #NotMyYouTube was created to highlight current issues on the platform, and suggested changes. Earlier this year, many creators discovered their videos had been demonetized, though YouTube didn’t communicate that as well as it could have. Copyright disputes between channels have led to absurd scenarios and lawsuits, as well as creator-led calls for site-wide reform. Vine’s demise showed what happens when creators get together and a platform doesn’t listen.

Kjellberg is an interesting profile: He’s crafted a persona that’s mischievous and sarcastic, one steeped in video game culture. But he’s also had to publicly answer for his new wealth. In addition to his channel, he released YouTube Red series Scare PewDiePie in February, and debuted a best-selling book last year. He’s a brand.

There are those who can’t take him seriously. In August, a joke about ISIS reportedly got Kjellberg unverified on Twitter, and he used the incident to make some points about the structure of Twitter and social media. This game of chicken with YouTube is allowing him to do the same and point out the viral trash YouTube now prioritizes over creators.

“Every successful YouTuber put their heart and soul into this,” he said in the Dec. 2 video. And while Kjellberg is a notorious trickster, he does seem genuinely concerned about his fans. On Dec. 4, he released another video, acknowledging that he does have some responsibility as its most high-profile star, “because not everyone has a voice on YouTube.”