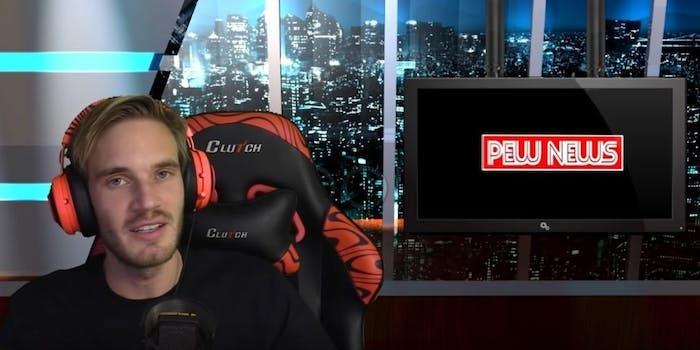 'It’s annoying to see this praise for [somebody] taking a break.'

In a heartfelt video published earlier this month, YouTube star Lilly Singh said she’s taking a break from the platform so she can focus on her mental health and because she’s “mentally, physically, emotionally, and spiritually exhausted.”

In a recent video, PewDiePie—the most popular YouTuber in the world whose 70 million-plus subscriber count is about to be overtaken— watched Singh’s vlog about her decision to step away from YouTube. He came away unimpressed.

“If you need a break, just take a break,” he said. “… If you post a video that you’re taking a break, that if you make this big thing about it, it’s not solving the big problem you have. YouTubers thrive on these things. … She knows how it works. She knows if she makes a video saying she’s going to take a break, it would lead to more attention. That’s the reason she wanted to take a break to begin with. Probably her channel isn’t doing as well and probably she’s not happy with what she’s making. So, what’s the best way to get attention? A big announcement of something.”

He’s right that Singh isn’t happy with the content she’s creating, and in her video, she said she’s not completely sure what she should be producing in this era of YouTube. But more than that, Singh said she needed to focus on her well-being.

“I’m not at my optimal happiness right now,” she said. “I don’t feel I’m completely mentally healthy. There’s a lot going on up here that I need to address and that I’m not able to [by] constantly pumping out content.”

Singh has 14 million subscribers, and her goodbye video accumulated 1.8 million views—about the average number of views she’s received for her videos in the last several months. PewDiePie’s take, meanwhile, nearly got 8 million views as of this writing.

It’s not the first time he’s criticized a female YouTuber or streamer. He blasted Twitch star Alinity Divine last May for supposedly blaming men for internet harassment even though she wears revealing clothing (he did apologize for calling female streamers “thots,” though). He also had to apologize for sharing an awful Demi Lovato meme that made fun of her lifelong addictions.

Yet, his fiancée, Marzia, announced recently she was leaving YouTube, saying the platform was stifling her real life. “If you allow it to take over your life,” she said, “it’s not healthy.” Unsurprisingly, PewDiePie was supportive of her decision.

PewDiePie also has discussed the YouTube burnout phenomenon, saying “You’re stuck constantly producing content.” He seemed to understand then the burnout mentality and the reasoning for why somebody would want to log off YouTube for a while. But clearly, he didn’t like Singh’s approach.

“If you are feeling overwhelmed, just take a break,” he said. “Stop trying to monetize everything. That’s the problem. Not every decision you make has to be for your YouTube channel. That’s the mentality of YouTubers. That’s how a lot of us live our life. I understand it’s hard to let go of it. It’s annoying to see this praise for [somebody] taking a break.”

It doesn’t appear that Singh has responded directly to PewDiePie’s comments, but she did tweet this.

We're all on our own path and journey. No one else can make valid conclusions about your story.

Singh wrote, “We’re all on our own path and journey. No one else can make valid conclusions about your story.”