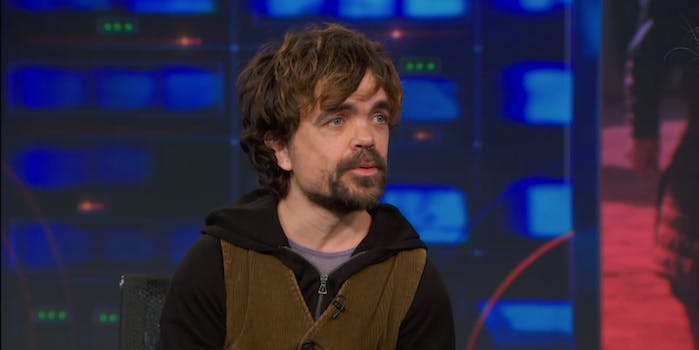 He'll even warp that Billy Idol song for you.

Nearly a year after the horrors of the Red Wedding graced our screens, plenty of people still revel at our pain.

One of them is Game of Thrones star Peter Dinklage, who stopped by The Daily Show to promote the latest season. He’s as charming as usual while discussing the spoiler-y nature of both Game of Thrones and X-Men: Days of Future Past with Jon Stewart. But the best moment is when they touch on the Red Wedding reaction videos people uploaded to YouTube.

In short, he loved them, particularly the pillow-biters. Words can’t express his glee.

It’s not the first time a Game of Thrones cast member to poke fun at the Red Wedding reaction—Arya Stark has a great American accent, it turns out—but if anything in season 4 inspires a similar viewer response, he’ll most likely laugh at those on your behalf as well.