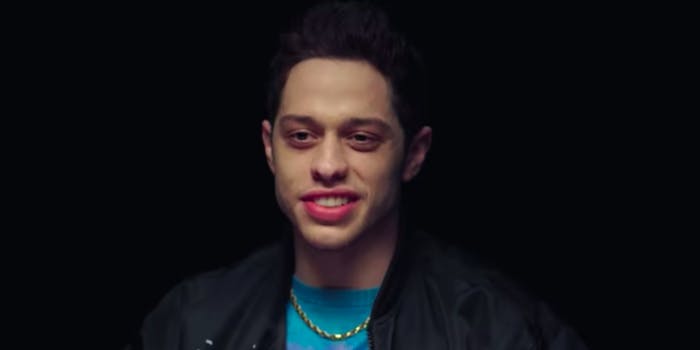 He 'kept ordering the whole time.'

Earlier this year, the internet went wild when Kim Kardashian posted photos with the most unlikely group of celebrities. Kanye West, Timothée Chalamet, and Pete Davidson all came together for dinner with Kid Cudi for his 35th birthday.

It seems Davidson was as surprised as the internet during that dinner, which reportedly occurred on Jan. 31. He went thinking he was just dining with Kid Cudi and put his card down, which makes sense because it was Cudi’s birthday. He was surprised when Chalamet and West showed up after he basically agreed to pay for a dinner consisting of “a bunch of rich people stuff.”

wow buried lede in this pete davidson video: he had to PAY for that dinner with kid cudi, kanye, and timothee chalamet because he thought it was just him and cudi and already put his card down. im screaming. https://t.co/CarT15Gr5W

West wasn’t concerned with who was paying. He “kept ordering the whole entire time,” Davidson said. When asked if West is a dessert guy, Davidson said he’s an “order the fucking everything because I can and then we all have one bite, maybe… because fuck you” guy.  It sounds a lot like something West would do given his impulsive public acts.

Davidson was not prepared for West’s way of dining out. The bill ended up being so high that Davidson said he “had to book two more gigs in Ohio.” The funny news became a Twitter punchline on Thursday, as fans posted reaction memes.

Watch the full interview below: