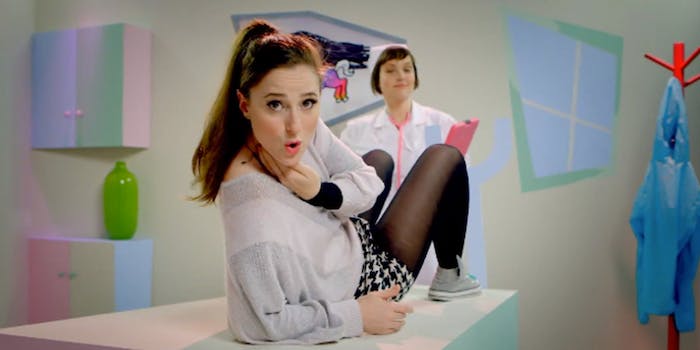 A new rap urges women to livetweet their pap smears

We’ve chronicled women boast-rapping about their vaginas and their periods. Now, witness what might be the first ever rap about the importance of getting a pap smear.

Nadia Kamil is U.K.-based performer, and her song “Pap Rap” has everything: hype puppets, references to Mary Wollstonecraft and Obamacare, and Kamil urging ladies to livetweet their paps, like she did in 2012, in an effort to destigmatize them. There’s even a hashtag, #SocialMediaSmearPioneer, so you know she’s serious about preventing cervical cancer.

She also apparently has an amazing Etsy store where you can buy these.