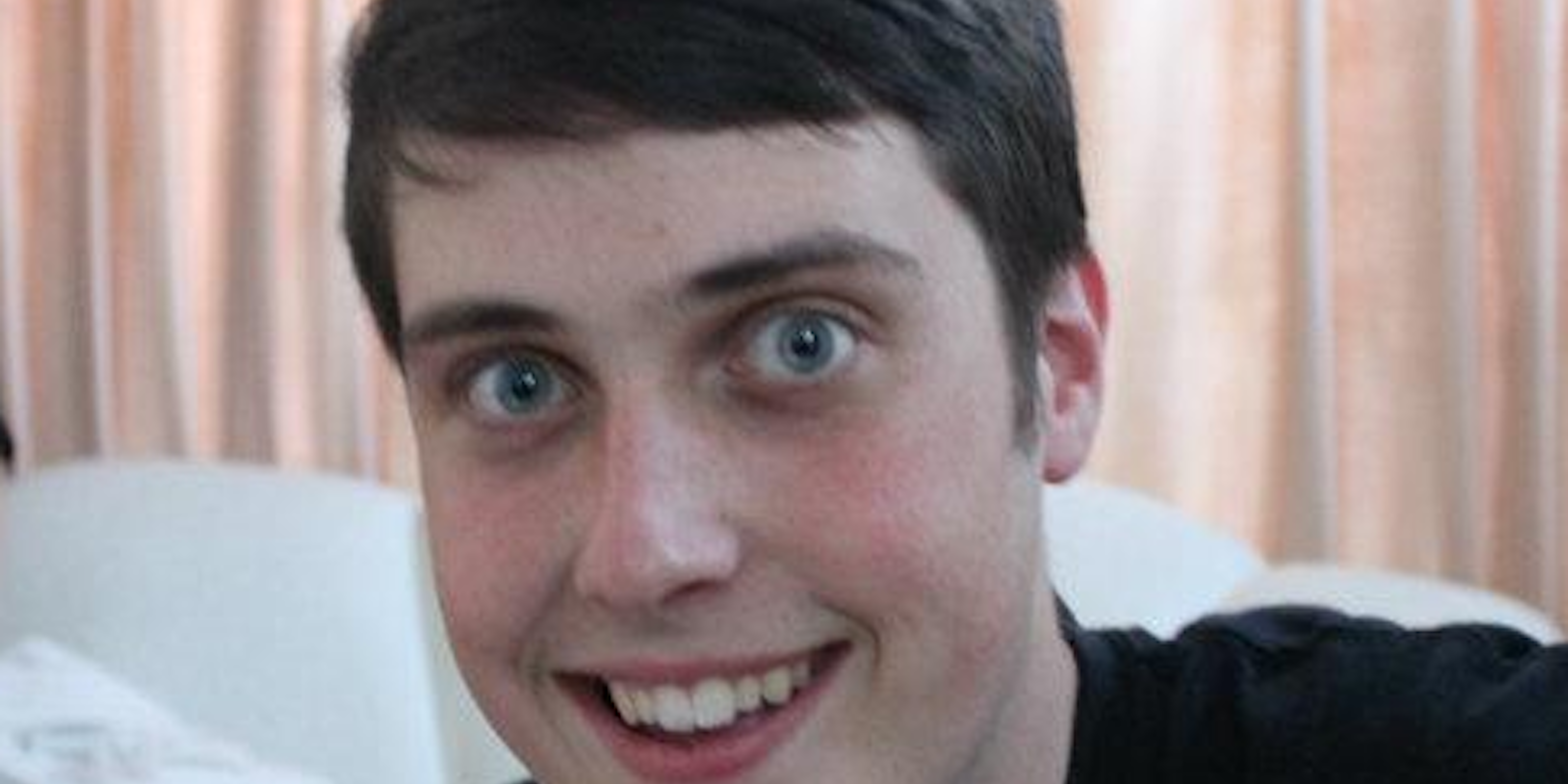 Overly Attached Girlfriend Laina Walker has some competition... or a new soul mate.

When one Reddit user found out he resembled a popular (and super creepy) meme, he embraced the comparison and became the Overly Attached Boyfriend.