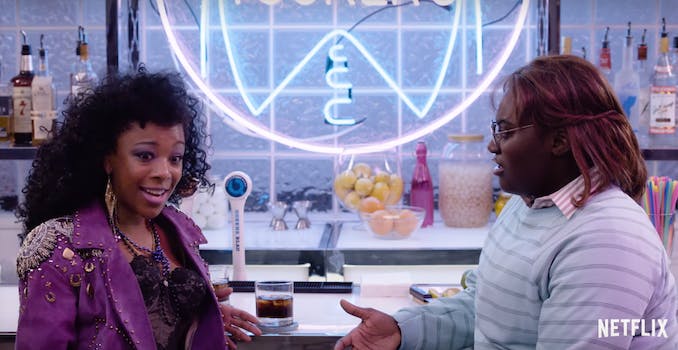 Taystee and Poussey reunite in ‘Orange Is the New Black Mirror’

Ahead of the premiere of Orange Is the New Black season 5, Netflix has created a crossover episode of the highest order.

For ultimate brand synergy, OITNB’s Danielle Brooks (Taystee) and Samira Wiley (Poussey) reunite in “San Junipero,” the touching first episode of the latest season of Black Mirror. They’re in heaven, at least according to Belinda Carlisle. The two discuss Litchfield and dance, but then time creeps back in.

It’s a sweet moment, and a nice buffer before the decidedly raw season 5—which shows the aftermath of Poussey’s tragic death—premieres.