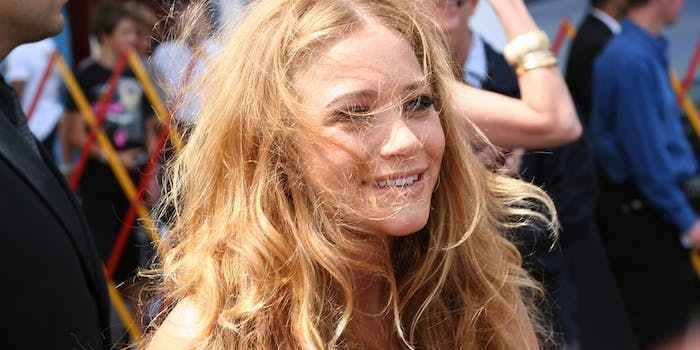 But which one gets to play Michelle?

Now that John Stamos has confirmed Fuller House, a follow-up to the long-running ABC sitcom Full House, it appears that two more stars of the original series might return.

According to Women’s Wear Daily, Mary-Kate and Ashley Olsen heard the news from Stamos on Jimmy Kimmel Live just like everyone else.

“I guess we’re going to talk to the creators and see what’s happening,” Mary-Kate told the magazine.

The Olsen twins, now 28, began their careers—and lives, pretty much—playing the Tanners’ youngest daughter Michelle on Full House. After the series ended its run in 1995, they went on to further success with movies and a clothing line for young girls.

Fashion has been their career path of choice in recent years; neither Mary-Kate nor Ashley has appeared in anything since the twins’ 2004 comedy New York Minute, which featured a cameo appearance by their Full House dad Bob Saget.

Regardless of the Olsens’ involvement, Netflix has already ordered thirteen episodes of the series. It will be produced by Stamos and will star original series alumni Candace Cameron, Jodie Sweetin, and Andrea Barber.