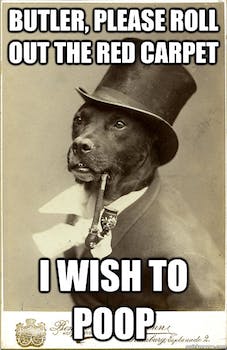 Reddit's meme factory is churning out a menagerie of aristocratic animals.

For reasons known only to the wealthiest 1 percent, redditors at r/adviceanimals—a haven on the social news site for those who post image macros—have become enthralled with a menagerie of aristocratic animals.

At its heart is Old Money Dog, who has all his canine instincts intact, despite being rich enough to afford a butler.

He has refined tastes in entertainment, uses only the finest toilet paper, and owns the most expensive toilets. 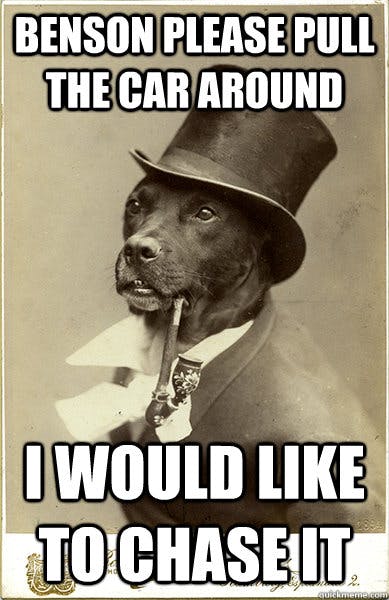 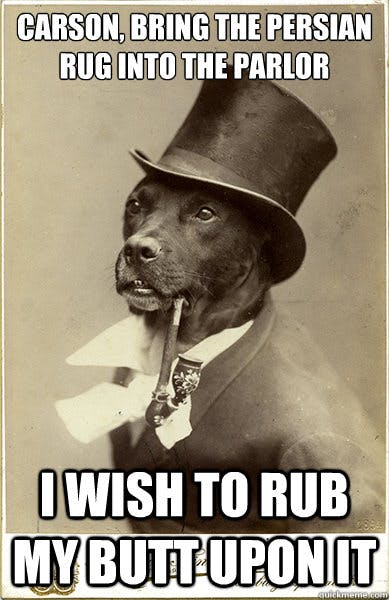 This seemingly new meme has roots at least a year old, with Aristocat, who in turn is like an even richer, old-money version of the I Should Buy A Boat Cat. The earliest r/adviceanimals Artistocat post, from August 2011, isn’t particularly funny: 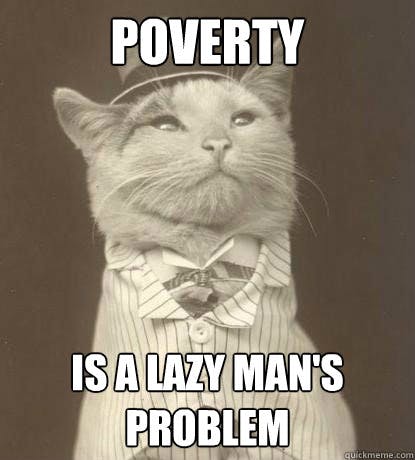 But, especially since being revived Sunday, Aristocat has noticeably improved. 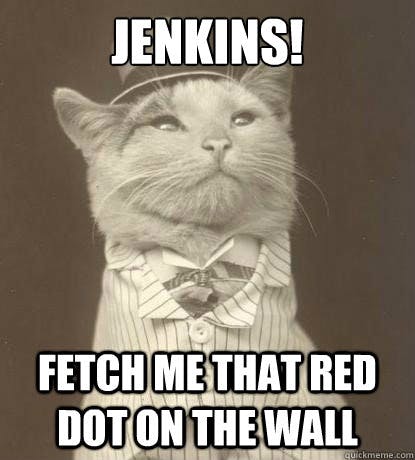 And Aristocat has plenty of colleagues, like the oddly named bureaucrat bear. 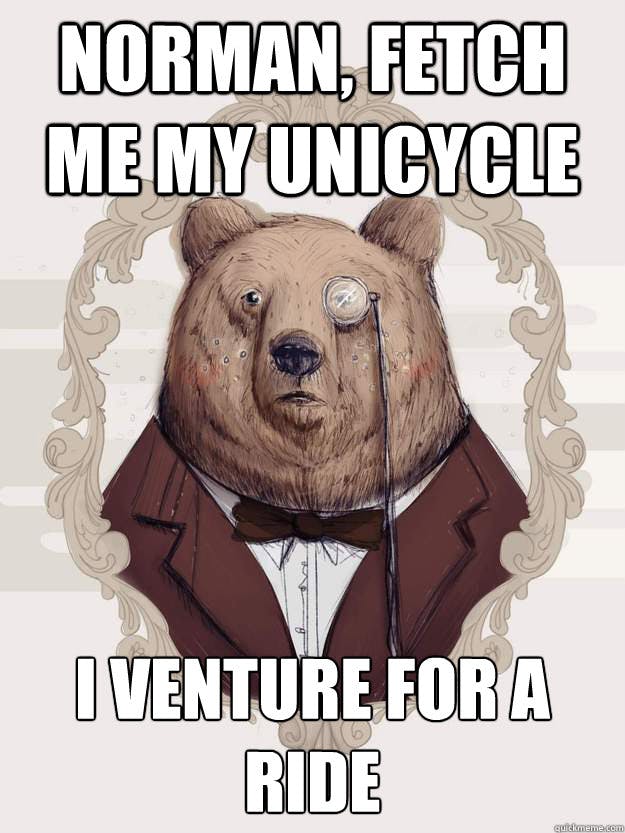 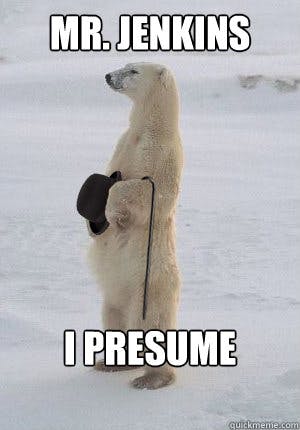 Some sort of bird… 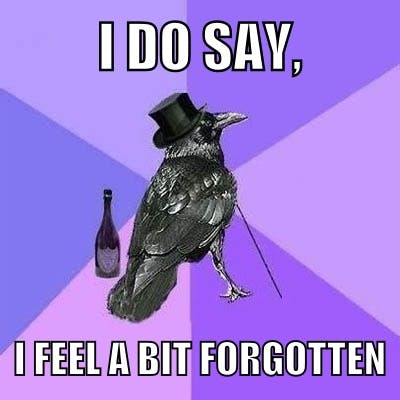 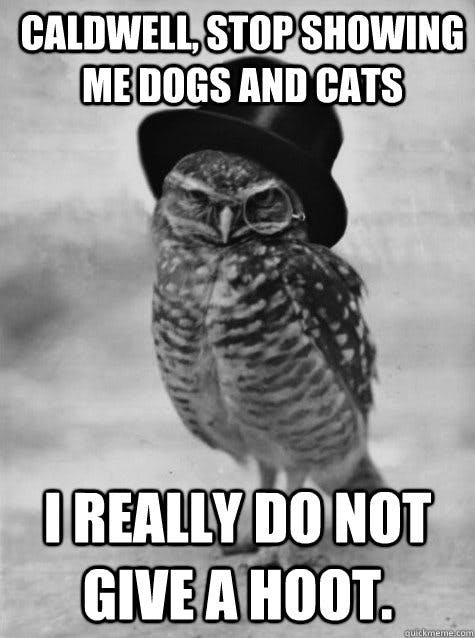 And finally, a mouse. 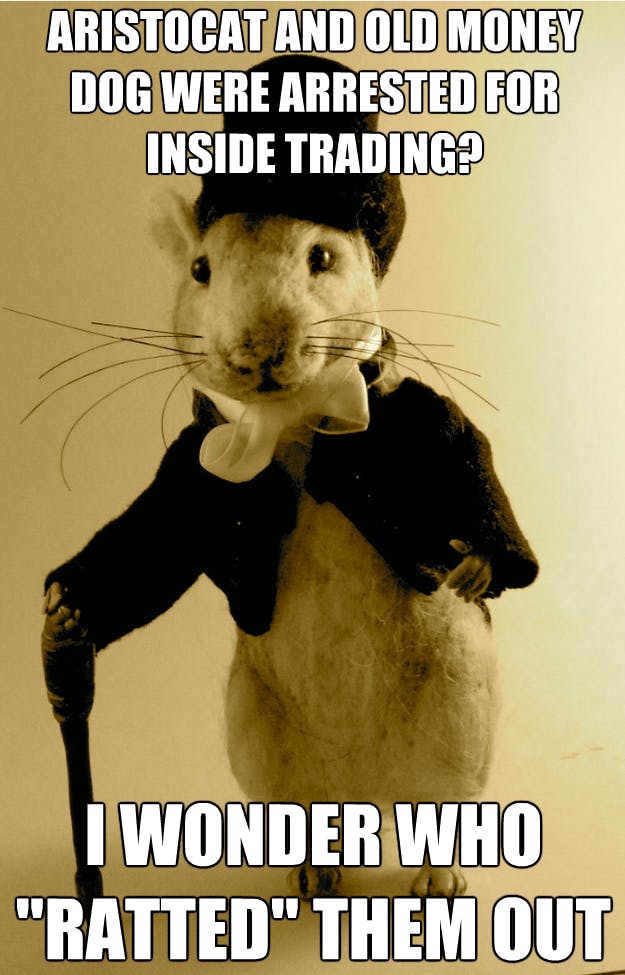 Of course, not everyone’s a fan. 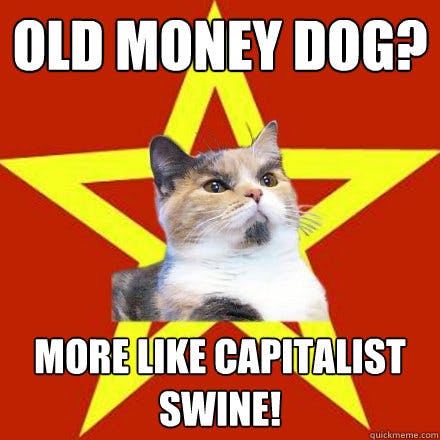