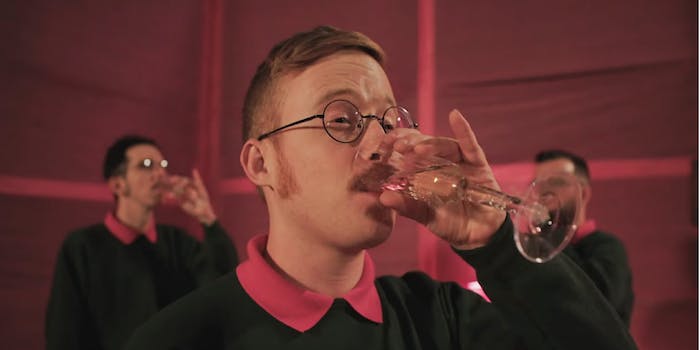 It's about time the Ned Flanders-obsessed band got some shine.

The Ned Flanders-themed metal band Okilly Dokilly has long been a source of internet amusement, but now it appears they made the big time: The Simpsons’ end credits.

The Arizona band’s 2016 video for the single “White Wine Spritzer,” off the album Howdilly Doodilly, landed in the end credits of Sunday night’s Simpsons episode, “I’m Just a Girl Who Can’t Say D’oh.”

In a Facebook post, the band said the show’s producers contacted them asking for permission to air the video, adding: “We’ve been in complete and total disbelief, until tonight, when it ACTUALLY HAPPENED.”

It’s about time. The band is currently touring the East coast behind the release of new album Howdilly Twodilly, and we have inside information that their live shows are worth it.