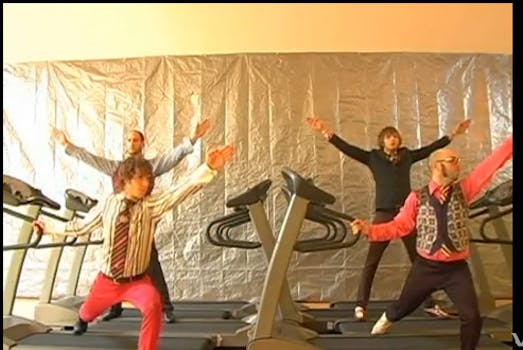 OK Go is turning the tables and asking fans to make a few more music videos—as long as they're good.

Over the years, the band OK Go has treated us to dancing dogs, carefully choreographed dance moves, and even an appearance by the Muppets in their music videos.

Their nontraditional videos, which looked like they were shot on a shoestring budget, racked up millions of views on YouTube. Who can forget their music video shot in one take while the guys bounced around on treadmills?

But there are still four songs left on their most recent album “Of the Blue Colour of the Sky” without videos. The band’s lead vocalist, Damian Kulash, took to the website that helped raise the band’s popularity and told fans to make good music videos.

In his three minute video (posted below) that recapped what the band was doing, Kulash told OK Go fans “you should be making awesome stuff” with the songs that don’t already have videos.

The video was posted Sunday and has garnered 1,900 views with around 50 comments.

Anyone have a bunch of ellipticals we can borrow?