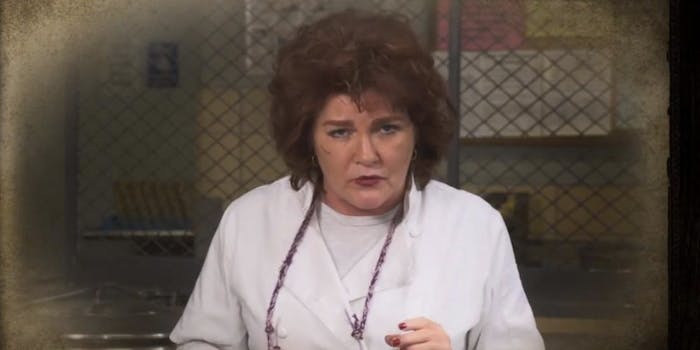 ‘Orange Is the New Black’ does ‘The Night Before Christmas’

The ladies of Litchfield are in the holiday spirit with their own parody of the holiday classic,‘Twas the Night Before Christmas.

In their version, “‘Twas a Night In Litchfield,” several Orange Is the New Black characters come together to tell their own story of Christmastime in the fictional prison setting of the Netflix series. When the women are awakened from their bunks by a clatter in the chapel, they think they’re hallucinating and “drank too much hooch” when they find Saint Nick in their midst. They react in the only way they know how…

Orange Is the New Black returns in 2016, although no release date has been set.